Hosting Pool C though until the Semi-Finals Welcome to Ljubljana, the city of dragons!

Ljubljana is the political, administrative, cultural and economic center of Slovenia and is home to over 280,000 inhabitants.

Numerous visitors describe Ljubljana as a hidden gem of Europe. Its picturesque image has been marked by different historical periods, and mostly by the opus of the world-famous architect, Jože Plečnik, who left a lasting mark on three central European cities: Vienna, Prague and of course, Ljubljana. The multitude of his creations in the city, referred to a whole as "Plečnik's Ljubljana", is considered to be one of the 20th century's most important works of art.

The dragon - protector of the city, embodying power, courage and wisdom, is the symbol of Ljubljana and has a pride place on the city coat of arms and on the Dragon Bridge. The soul of the city is the Ljubljanica River, crossed by many picturesque bridges.

Ljubljana, the European Green Capital 2016, is a city with a green soul and a sustainable vision of development. It boasts excellently preserved green spaces and nature even in the heart of the city center.

Ljubljana is also a creative city, where culture is basically the way of life. It hosts numerous festivals of various genres, from one of the oldest European summer festivals to well-established festivals of jazz, world music and street theatre.

In recent years, Ljubljana has experienced a true culinary boom. Visit the Open Kitchen (Odprta kuhna) to feel its lively pulse or one of many restaurants in the city center. Renowned master chefs, restaurants and local dishes from the Taste Ljubljana project are becoming increasingly recognized worldwide.

“EuroVolley 2019 is getting near and we cannot wait to enter the Stožice Arena in front of the home crowd and show our best game to them. We promise to fight for every ball as we are facing an interesting group of teams, so fans can expect many good matches and the best possible volleyball.”

Mitja Gasparini
Opposite for Slovenia 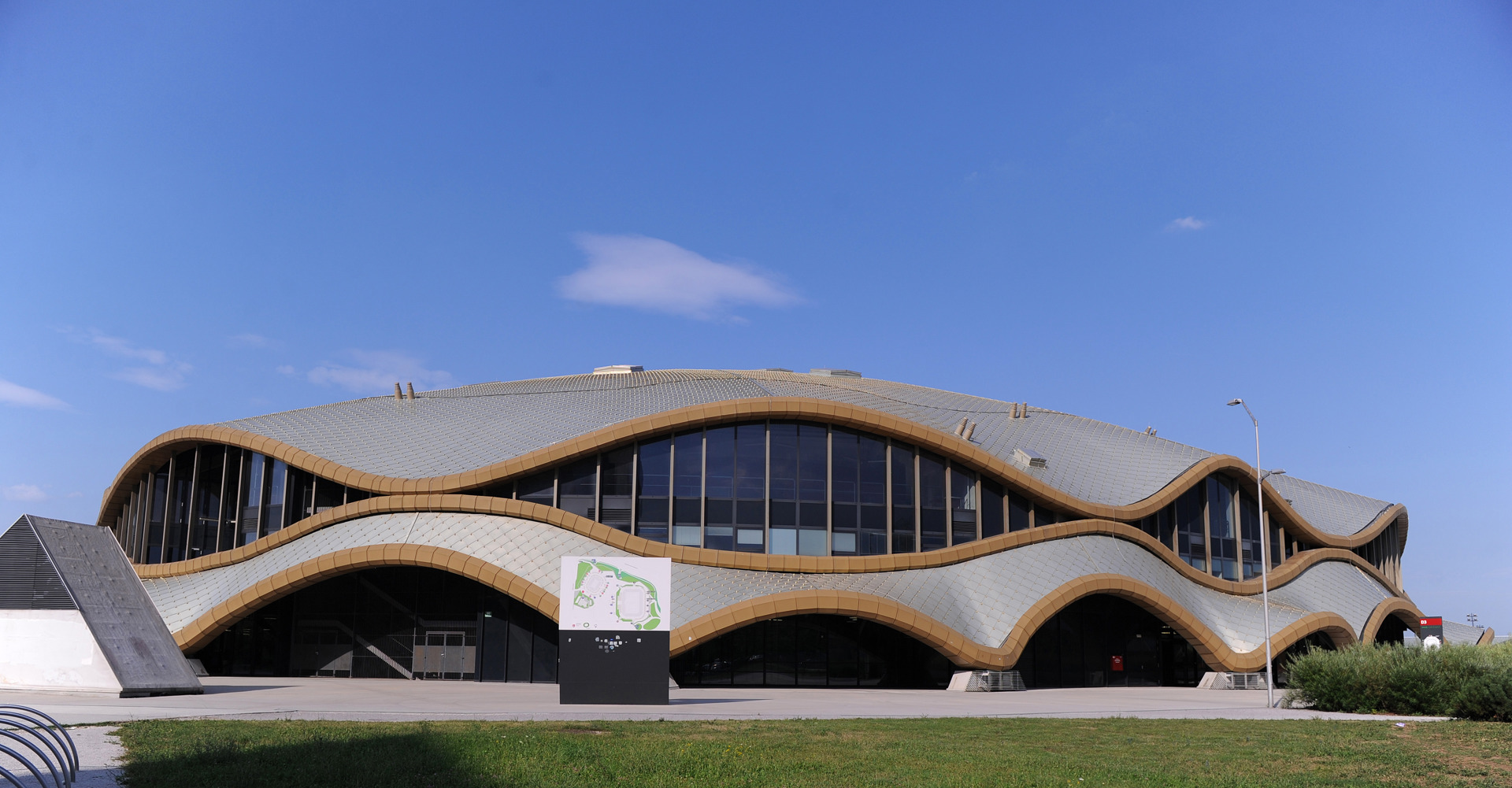 The Stožice Arena, which opened the 10th of August 2010, is the biggest multipurpose arena in Slovenia with the full capacity of 12,480 visitors. It is a home to basketball team KK Olimpija Ljubljana, volleyball team ACH Volley Ljubljana and handball team RK Krim Ljubljana, and several national teams, among them the volleyball national teams. It has been also holding many music concerts and manifestations. It was the central venue for the FIBA EuroBasket 2013 and UEFA Futsal Euro 2018 final tournament. The arena is divided into three rings: upper red ring, middle VIP ring and lower green ring.

The Stožice Arena is located on the northern edge of Ljubljana just within the ring road at just under 3 kilometers from the main railway station and a kilometer more from Ljubljana’s historic center. The walk from the station takes just over half an hour, while that from the historic center takes almost 45 minutes.

Alternatively, you can catch bus nr. 20 to the Arena, which you can catch from Slovenska cesta just west of the station or from Tavčarjeva street in the city center.

There are public bus operators that can take you from the airport to Ljubljana or vice versa. The journey takes 45 minutes, the cost is around 4 euros and you buy your tickets directly from the driver. Public bus 28 route operates between Ljubljana bus station and Ljubljana airport. Other ways of transfer include Taxi or a Shuttle from the Ljubljana Airport.

“We are already feeling the positive vibes before the upcoming EuroVolley 2019. We know there is still a lot of time before the first matches of the tournament, but we know it is going to be a real spectacle for us players and for the fans as well, especially as we are playing in front of the home crowd. We promise to leave our heart and soul on the court every single match as we all know the stakes are going to be very high.”

Ljubljana Castle, standing on a hill above the city for about 900 years, is Ljubljana's main attraction. A mighty medieval fortress is an interesting tourist point, the idyllic grounds for long strolls just a glance away from the lively city centre.

The castle's Outlook Tower and ramparts offer some of the most beautiful views of the city, while the castle houses a museum exhibition on Slovenian history, a puppet museum, and a number of historical rooms such as the Chapel of St George, the Prison, and a video presentation room called Virtual Castle.

Ljubljana Castle, which can quickly be reached by funicular railway, also provides space for art exhibitions, houses a café, a nightclub, two restaurants (Strelec and Gostilna na Gradu), and serves as a venue for cultural events, family entertainment, dance evenings, and open-air film screenings held under the title of Film under the Stars in the summer.

The center of the three bridges forming the Triple Bridge has stood in its place since 1842, when it replaced an old, strategically important medieval wooden bridge connecting the north-western European lands with south-eastern Europe and the Balkans. Between 1929 and 1932, the side bridges, intended for pedestrians, were added to the original stone bridge to a design by the architect Jože Plečnik, who thus created a unique architectural gem of Ljubljana. It has a key position on the crossing of Plečnik's two urban axes, the river axis and the axis running between the Rožnik and castle hills. In 1992, the Triple Bridge was thoroughly renovated.

Fancy some romance? Visit the squares' Prešeren Monument, designed by the architect Maks Fabiani and the sculptor Ivan Zajc, unveiled in the autumn of 1905 and depicts the greatest Slovenian poet and the muse of poetry holding spring of laurel above his head. The poet's statue is symbolically faced by the statue of Julija Primic, his great love, mounted on the facade of a building located across the square, in the Wolfova ulica street.

The Prešernov trg square developed from a road junction in front of one of the city gates leading to medieval Ljubljana. Next, to the junction, a Franciscan church of the Annunciation was built in the 17th century, but the junction was turned into a square and paved only after the city walls were pulled down in the middle of the 19th century.

3. Plečnik’s arcades and the Dragon bridge

The famous architect Jože Plečnik designed a covered market, built between 1940 and 1944, as a series of covered marketplaces along the river, following its flow. He equipped the water side with semi-circular windows, while on the road side he decorated the market with two long rows of columns. The two sets of arcades are interrupted by the loggias with a well. The entire complex, which reflects Renaissance examples, is covered with a roof of solid concrete tiles.

Do you want to meet THE Dragon? Then visit the Dragon Bridge, adorned with famous dragon statues, that appears in the most recognizable images of Ljubljana. If you haven't been photographed next to a Dragon Bridge dragon, you can hardly claim that you have visited Ljubljana. The four dragon statues, which look slightly terrifying and almost real (if, of course, you believe that dragons might be real), are a masterpiece which has been exciting imagination since the bridge was built.