More than four thousand viewers, loud music, a unique visual light show followed by a brilliant performance of the home team against Spain – the first day of a historic EuroVolley in Bratislava looked like a fairy-tale for the Slovak girls. 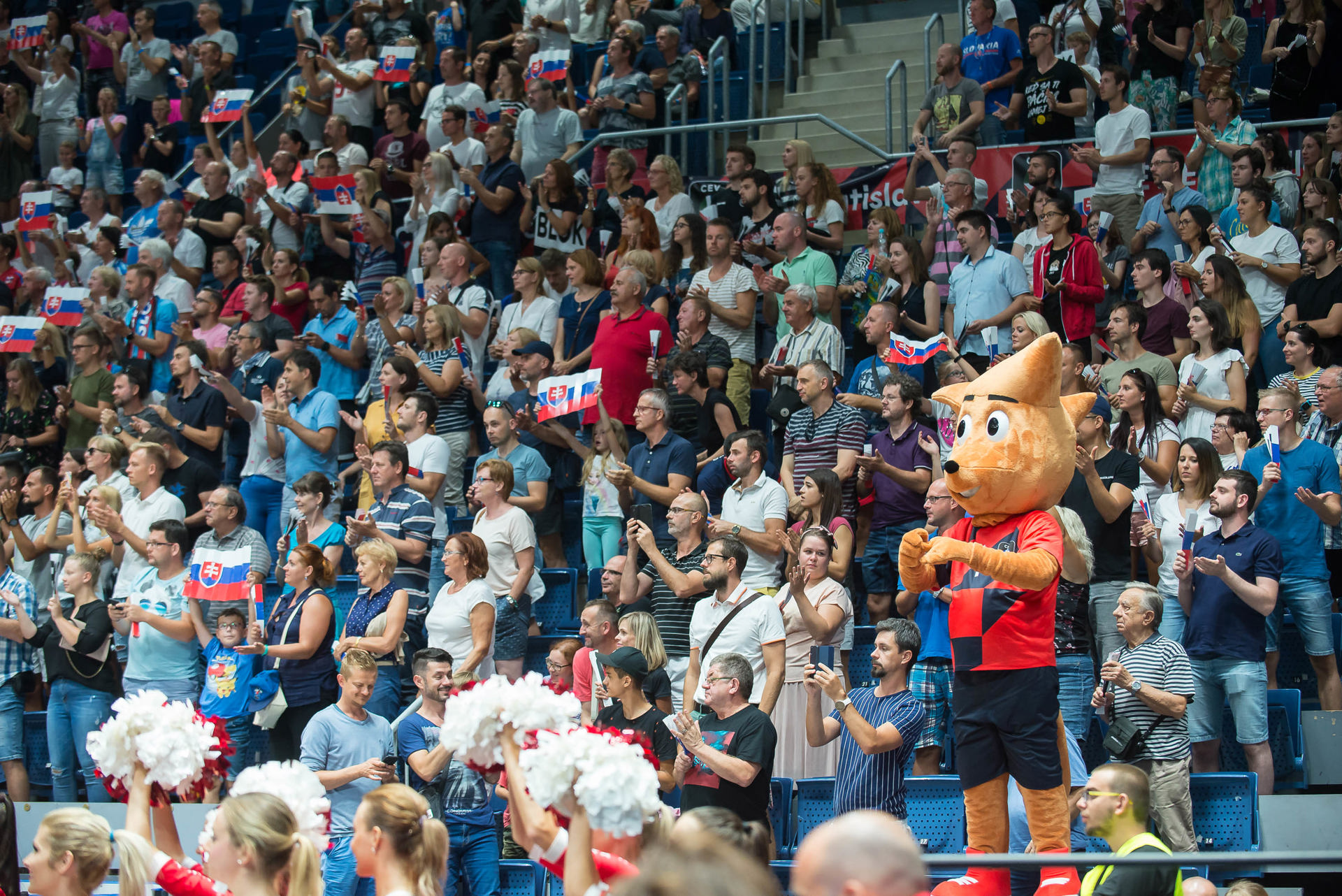 Ace among Slovakian fans at the Ondrej Nepela Arena

Except for middle-blocker Veronika Hrončeková, all other Slovakia girls played for the first time in a tournament like this and they did it very well. “I am proud of my girls,” said after the 3-0 victory against Spain the Italian coach of the Slovak team Marco Fenoglio. “I enjoyed the atmosphere very much. I was shocked that the Slovaks were able to entertain themselves in volleyball. The stadium was pretty full and I believe people will come again,” said blocker Jaroslava Pencova, five times winner of the “best volleyball player” award in Slovakia. Although she had some problems before the start of the tournament, she was one of the key players to reach this important victory.

The Women’s team of Slovakia made on Friday the first step towards the next round – the tournament’s phase where they never played before - but the tournament is just in the beginning. “I feel it was a crucial game for us and hope it will be a little bit easier for us now,” added Pencova, who has played more than 90 games for the national team.

It was a really attractive finish of the first day of EuroVolley in Ondrej Nepela Arena. “We were delighted. The Volleyball movement is growing in Slovakia, but we couldn’t imagine such a good audience. It was amazing,” praised the spectators Slovakia captain Barbora Kosekova.

The home team members had prepared a small surprise for the audience, the viking thunder clap from Icelandic fans, which has captivated the spectators from all over the world. And after that the happy girls chanted massive choral “My sme tu doma”, which means “We are at home here.” It is a chanting usually sang from ice hockey fans of Slovan Bratislava, who play their games at Ondrej Nepela Arena.

“We were delighted. The Volleyball movement is growing in Slovakia, but we couldn’t imagine such a good audience. It was amazing”

It was great to see Slovak girls. There was unexpectedly a lot of confidence from them, despite they never played a tournament like this. Now all fans are curious to see how it will goes in the upcoming games. Many of them still remember EuroVolley 2007 in Hasselt, where the Slovaks beat sensationally Serbia (3-2) but, after that, the team did not win any other match and, then, was eliminated.