The men’s national team of Croatia finished this year’s EuroVolley in 14th place – reaching for the first time in history the knockout stage of the competition, where they lost to eventual silver medal winners Slovenia (1-3). The match remains one to remember despite the loss – as setter and captain Tsimafei Zhukouski saved one ball literally knocking down the camera operator and Leo Andrić helped Croatia claim the third set with a series of devastating aces. 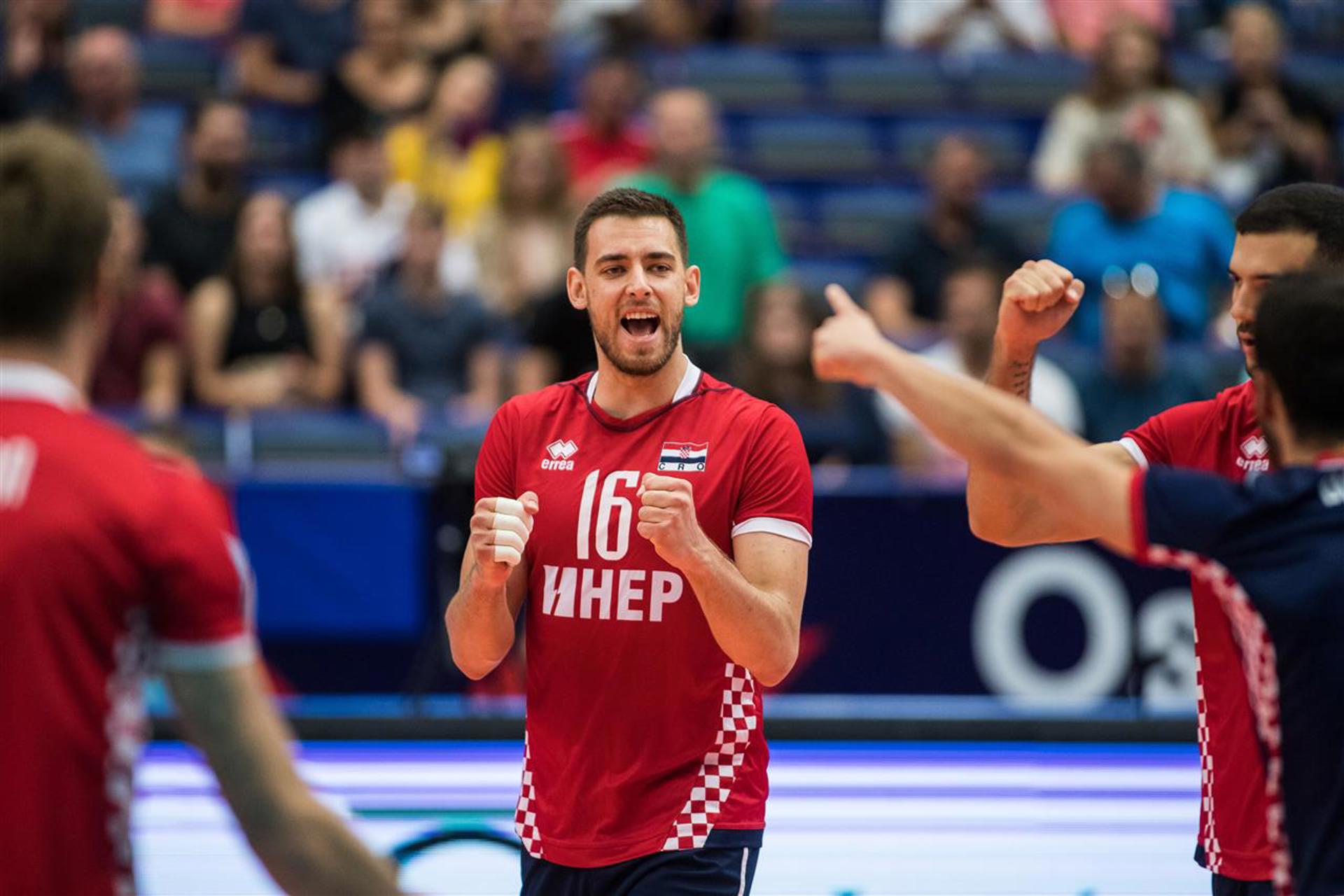 Leo Andrić in action at this year's EuroVolley

“I was extremely motivated and in fact, I have been in good shape all summer. My serve has been extremely good and that came to the fore in the EuroVolley match with Slovenia. Most of my serves were just perfect and two of them surprised the rivals with the help of the net,”

says Leo, who just a few days after the end of the EuroVolley adventure flew to Russia where he will be spending the 2021-2022 season.

“I am satisfied with EuroVolley and our games. I think we fulfilled the goal and we have nothing to regret. Personally, I am sorry that I underperformed a little in the game against Estonia, but fortunately, there was Ivan Raič who played at the top level. We played superbly against Latvia and Slovakia, and we could not expect more than an honourable defeat with Olympic champions France and the Slovenian European vice-champions. In any case, this was a long and hard summer in terms of preparation and competition, but it paid off. I think that we have all become better, and that we all go to our clubs as ready as possible. Tired, but ready.” 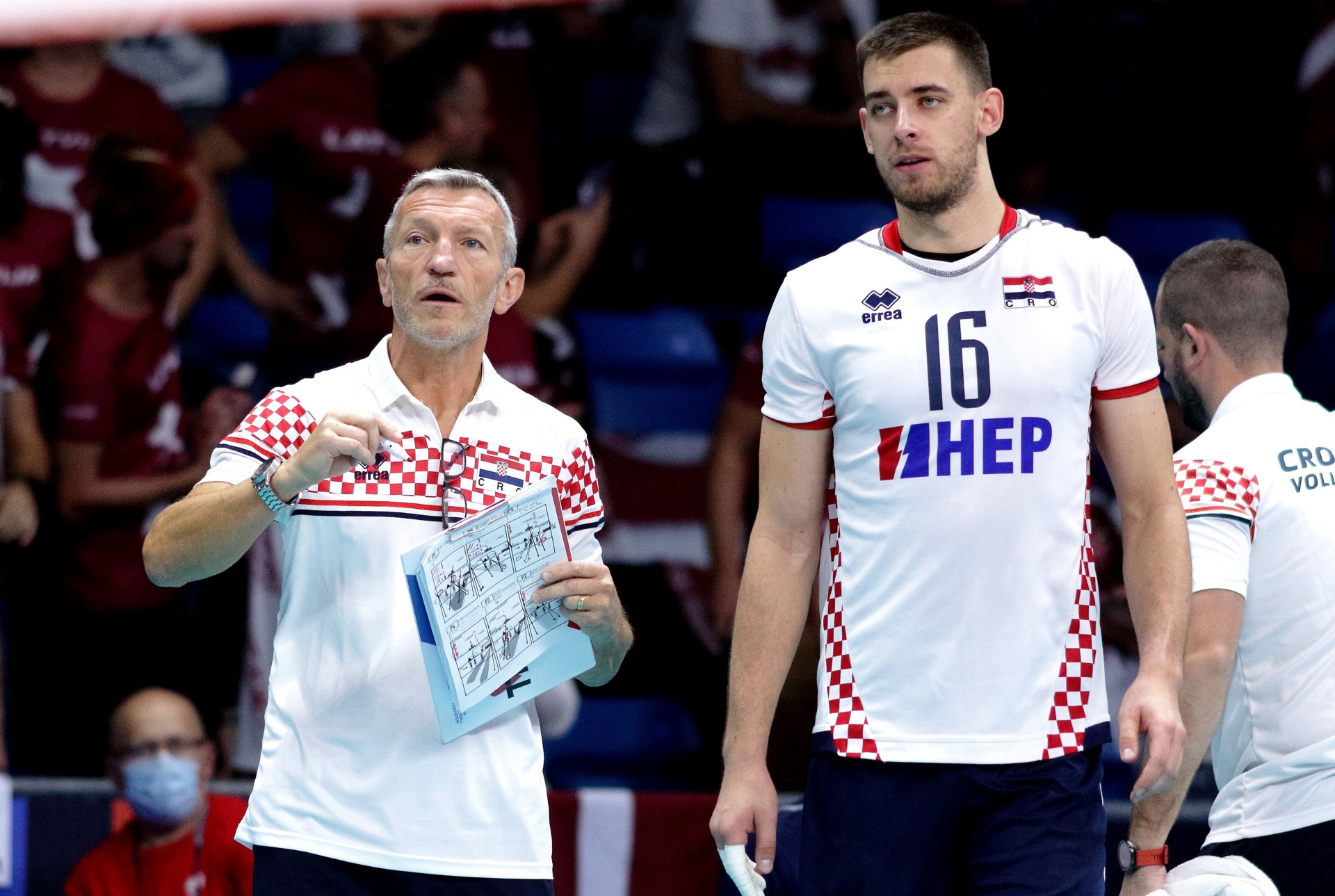 This was a new Croatian national team under the leadership of head coach Emanuele Zanini, with several experienced players, but also a new young, wave coming up. “At this European Championship, 10 out of 14 players from our national team had never participated in such a strong competition, and that speaks volumes about our team. In addition to our country, we also promoted ourselves there, and I think all the players raised their value after this. As far as young people are concerned, there are some, who have shown themselves, but they must not stop to develop. They have to get even stronger. Youngsters such as Tino Hanžić and Tomislav Mitrašinović are going to Italy, which in my opinion is very good for their further development and progress. If we had more such talents, it would be even easier in the future, although it was clear that there are no problems for the future of the national team.”

Leo will be spending the coming season in Nizhny Novgorod.

“This is my first Russian adventure, after I changed a dozen clubs in Europe and Asia. I cannot wait to get to know the club up close, and I will not have to wait long for the first matches, because we already have as many as four national cup games next week, and the Russian championship starts at the beginning of October. Last year, the team reached the playoffs and lost to Fakel Novy Urengoy, where our setter Tsimafei Zhukouski plays, so this year the goal is to repeat the same feat,”

The man from Karlovac has already had an impressive international career. Back in 2018, he was the best server, scorer, spiker and opposite of the European Silver League and the best server in the Korean League in 2019-2020. Therefore, you may well say that his 23 aces at EuroVolley did not come by chance at all…