The Netherlands speed up in the Qualifier in Zadar

The Netherlands stormed out on Saturday, seizing a straight-sets victory vs the team of Sweden in the tournament taking place in Zadar, Croatia. The players led by head coach Roberto Piazza needed only 69 minutes to congratulate themselves with the victory, and to grab the 3 points from this matchup. Outperforming the opponent in all the elements, the Dutch team showed good skills, and didn't have any serious problems throughout the match, controlling the game from its very beginning. Apart from good performance on attack, Wouter Ter Maat and his teammates made it difficult for Sweden on the block (finishing with 10 successful actions on this element), and on the serving line (with 4 aces), too. After today's victory, the Netherlands top the current standings in Pool A. 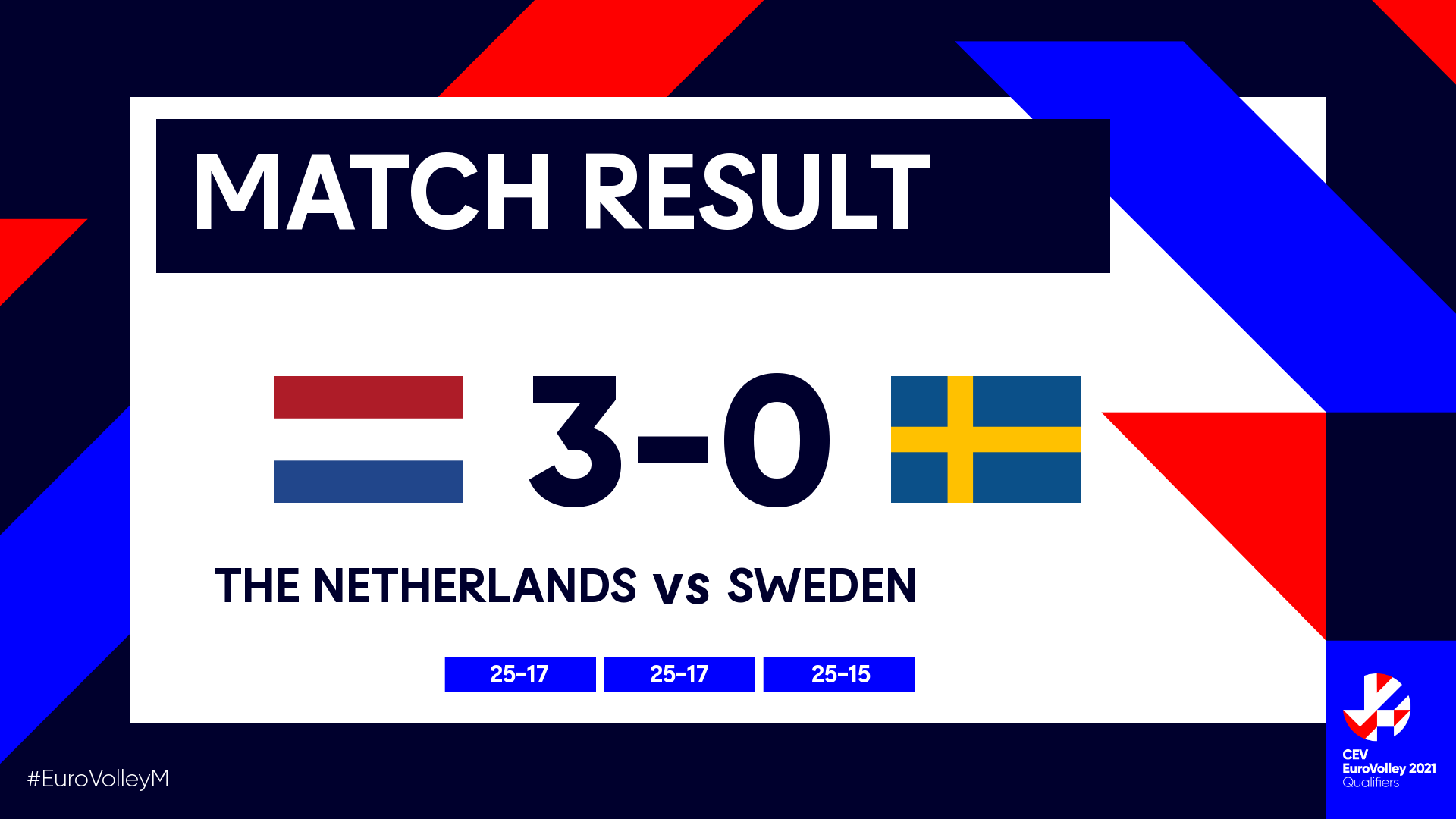 "Good game for us! We are one step closer to the Finals of #EuroVolleyM. Our goal today was to play for every ball, as each point counts. And we did it!"

"It was a tough match for us, they were just better in each element. We are not used to this level of Volleyball they showed. Hopefully, every game will help us to become better and better, and to compete at higher levels" 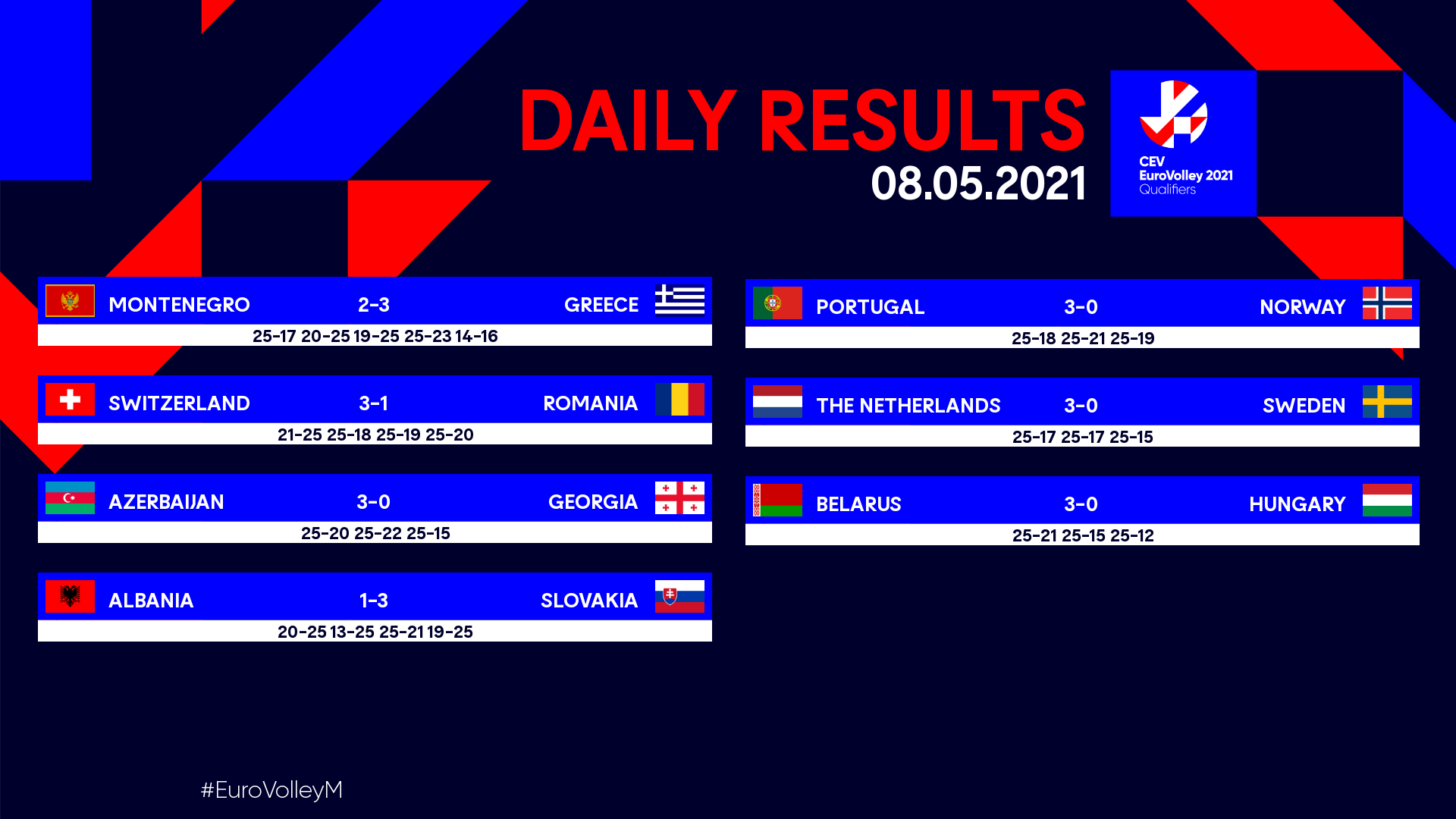 The Volleyball party across the other pools continued at full speed on Saturday. At the end of the first tournament in Pool E, Slovakia extended their winning streak to 3 victories and top the charts, while Switzerland disappointed Romania winning at 3-1 and recorded second win in the group. In Pool F, Montenegro and Greece fought hard in a Balkan derby, with the Greek players surviving a five-setter. Azerbaijan, better on attack, claimed a quick 3-0 victory over the hosts of Georgia (although Georgia recorded seven blocks). Things are pretty interesting in Pool G, too. Flying Portugal didn't leave any chances to Norway, and Belarus took a 'revenge' for the loss from Portugal on Friday, as they stormed out vs Hungary, seizing a straight-sets victory and scoring as many as 12 aces.