Haak show in Pool B: Sweden with a straight-sets victory over Ukraine

Sweden recorded an important victory over Ukraine, and after two days of play in the #EuroVolleyW Qualifier in Matosinhos are currently topping the charts in Pool B. Isabelle Haak, with her 27 points, became one of the keys to the success for her Sweden, as the Swedish team finished with 49 winning spikes. Another element that helped them a lot to seize the 3-0 victory, was the better performance on the serving line (7 aces). Ukraine, led by Vladimir Orlov, put up some real fight, especially in the first set, but lacked concentration in the most important moments afterwards. 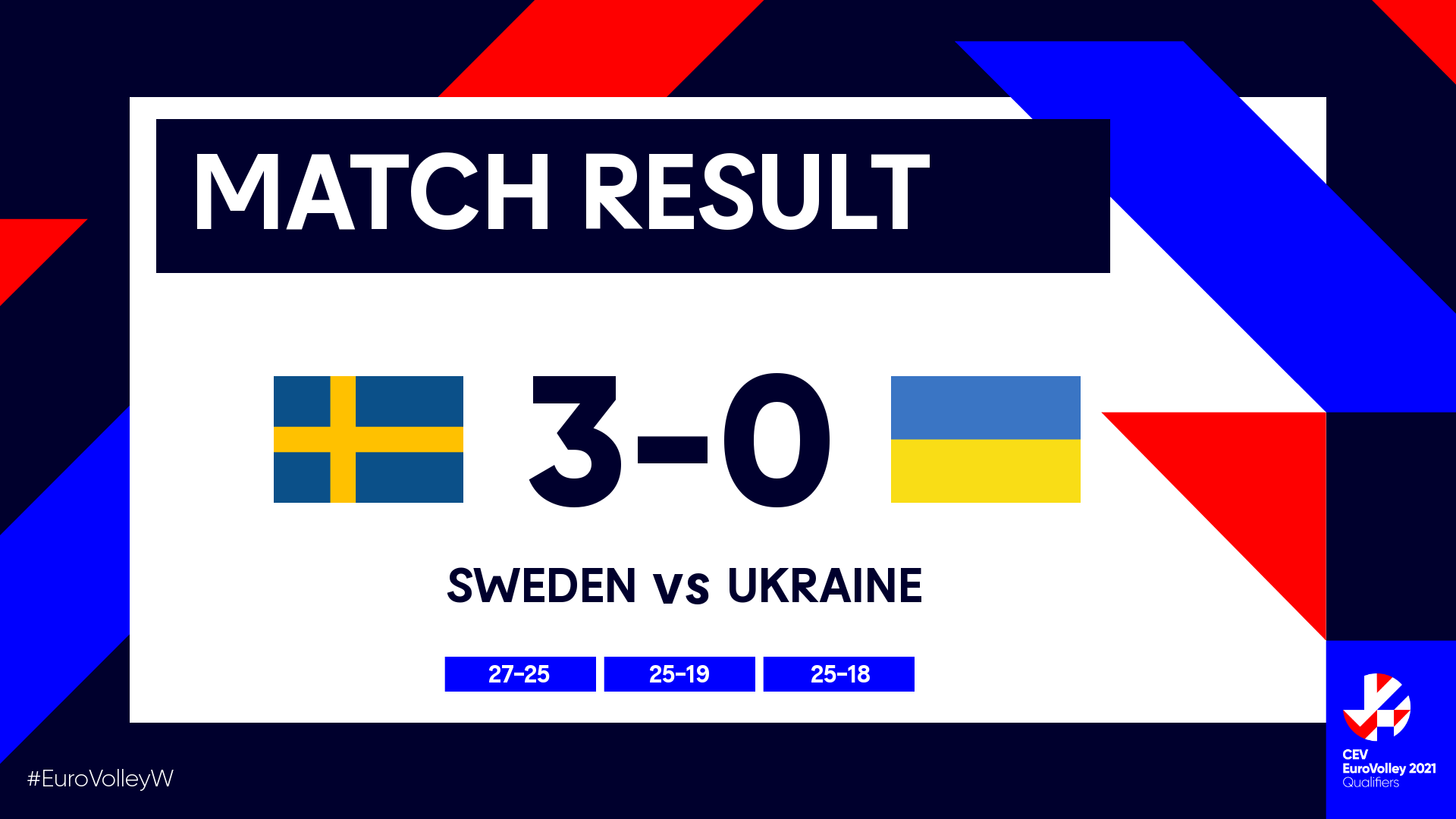 "I am happy to see to see that my players are getting better day after day. We managed to raise our level on block and on the serve, and this led us to the victory. The match against Portugal will be another great battle. All the team in our group play almost the same level, and we don't think that tomorrow it will be simple. Portugal will be 'hungry' for the victory, they have great players and great team system. We will rest now and prepare the match."

"We weren't aggressive on the attacke. We missed our chances to push in this element. From the games that we played, we saw that we have the qualities to win against each team. We need to 'clear our heads' and prepare better mentally." 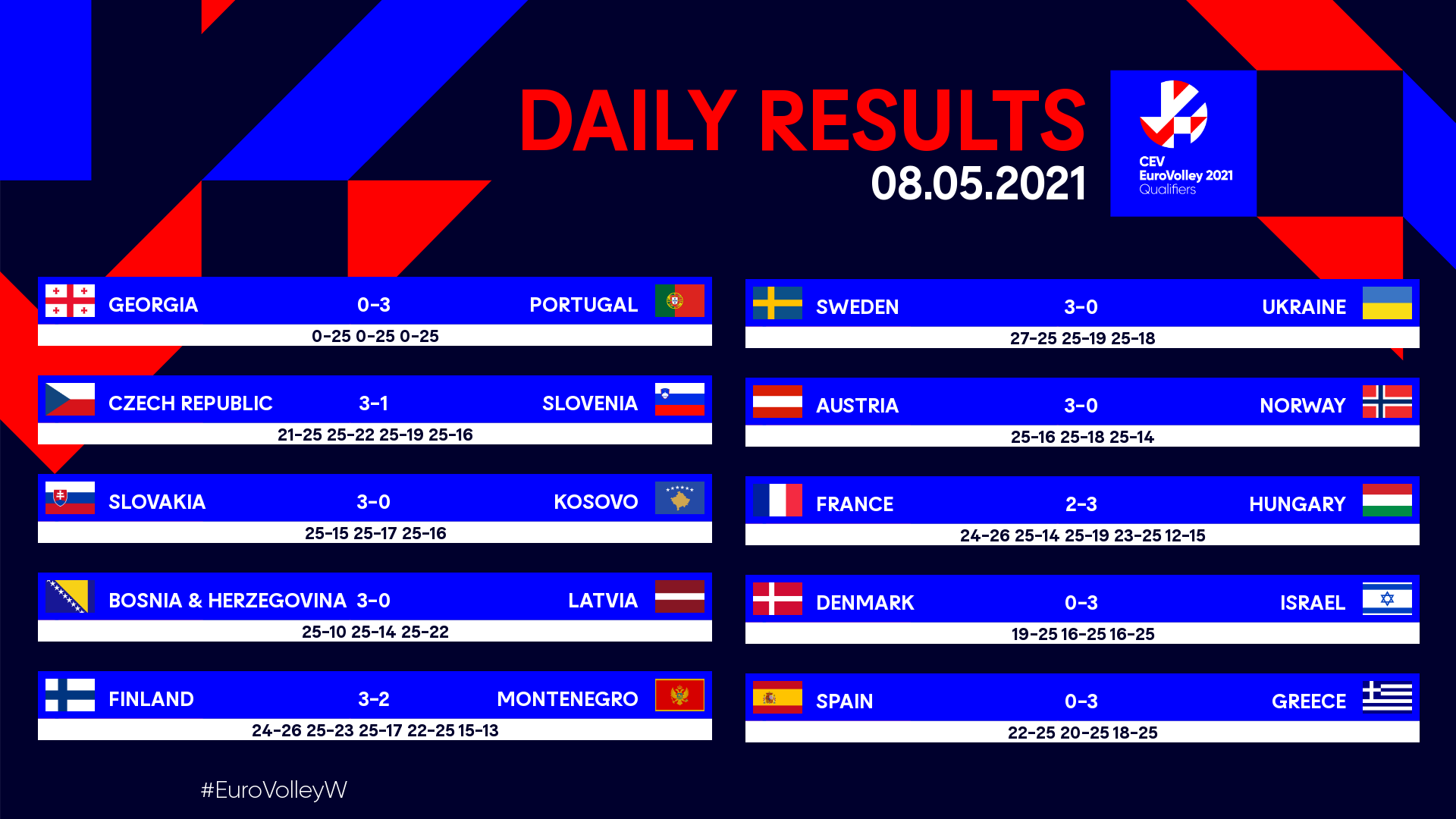 The teams fighting for a spot at the Finals of #EuroVolleyW delivered great matches across the other pools, too. In Pool C, Austria snatched their first win mastering a 3-0 shutout of Norway, leaving their opponents winless. Greece, on the other hand, showed superiority over Spain, seizing a 3-0 victory. In the first tournament in Pool D, taking place in Montenegro, Slovakia needed only 63 minutes to secure a second victory after beating Kosovo in straight sets. Not that easy was the win for Finland who survived a five-setter vs Montenegro. Pool E brought another tiebreaker in the match between France and Hungary, with the Hungarian players surviving it as winners. Saturday was a lucky day for Israel, too, as they claimed a first victory in Belfort, outclassing Denmark in straight sets. Czech Republic finished on top of Pool F in the first Tournament of the #EuroVolleyW qualifier in Daugavpils, while Bosnia and Herzegovina keep the second position after beating Latvia in straight sets.