With a little over a month to go until the top women’s volleyball nations on the continent take to the court to fight for the much coveted trophy, the schedule of the pool phase of the competition has been confirmed following close consultations between the CEV and its stake holders and partners The event’s opening matches will take place in Bulgaria – Pool B and Romania – Pool D, with Bulgaria facing Greece and Romania facing Turkey respectively, silver medalist of the last edition, on 18 August at 20:30 (all local times).

The 24 participating teams have been drawn into 4 pools, from which the top 4 sides will progress into the 1/8 Finals. 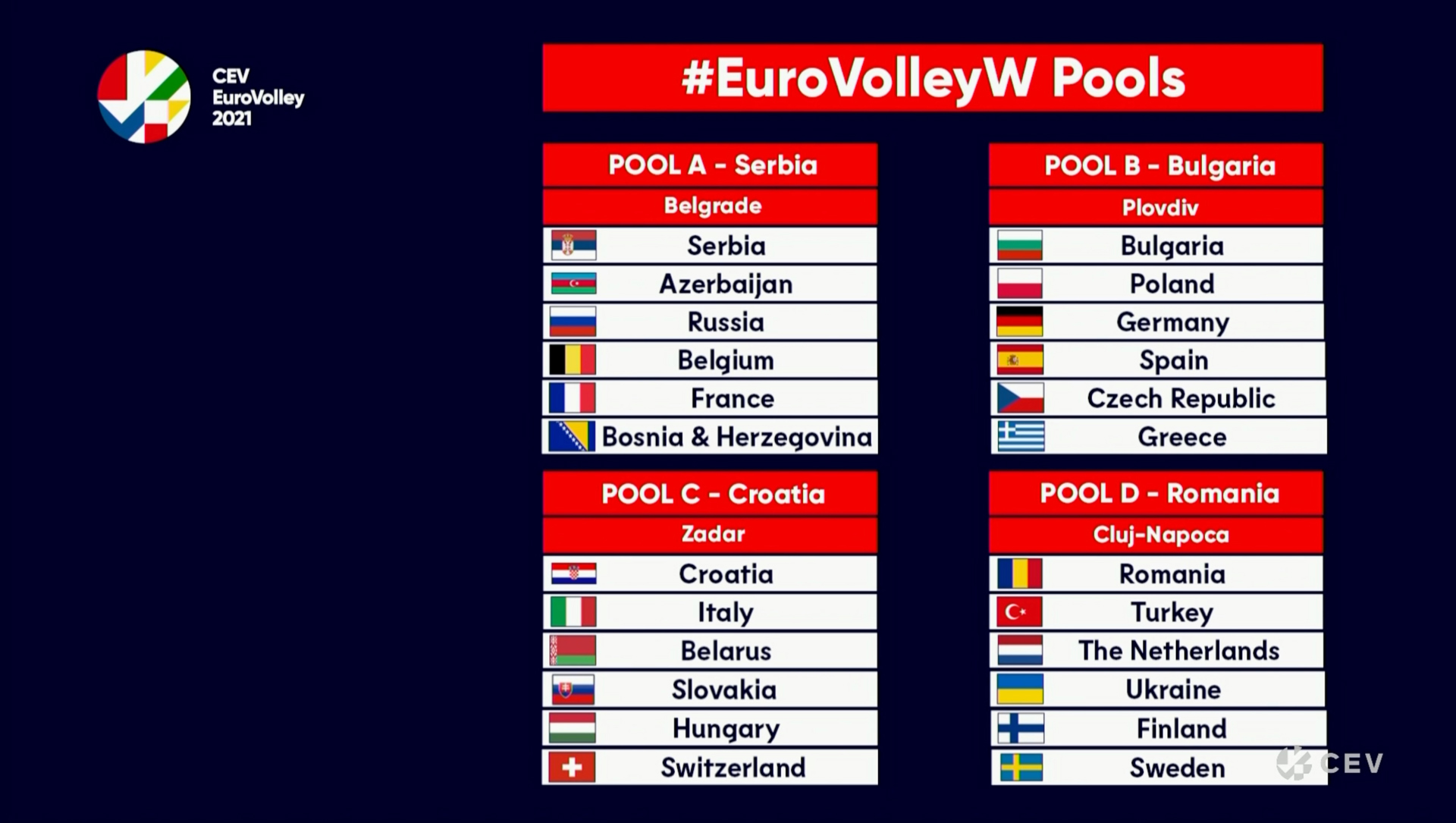 Each of the 4 host countries will be home to one pool with matches to be taking place in the cities of Belgrade (SRB), Plovdiv (BUL), Zadar (CRO) and Cluj-Napoca (ROU).