Serbia up for third crown in a row, Italy up to stop them

Serbia and Italy will take to the court at the Stark Arena at 20:05 local time on Saturday evening and, once they are done with their battle, the world will know who the new women’s European volleyball champions are. Thousands will be among the lucky ones to witness the crowning of the CEV EuroVolley 2021 winners live from the stands in Belgrade. 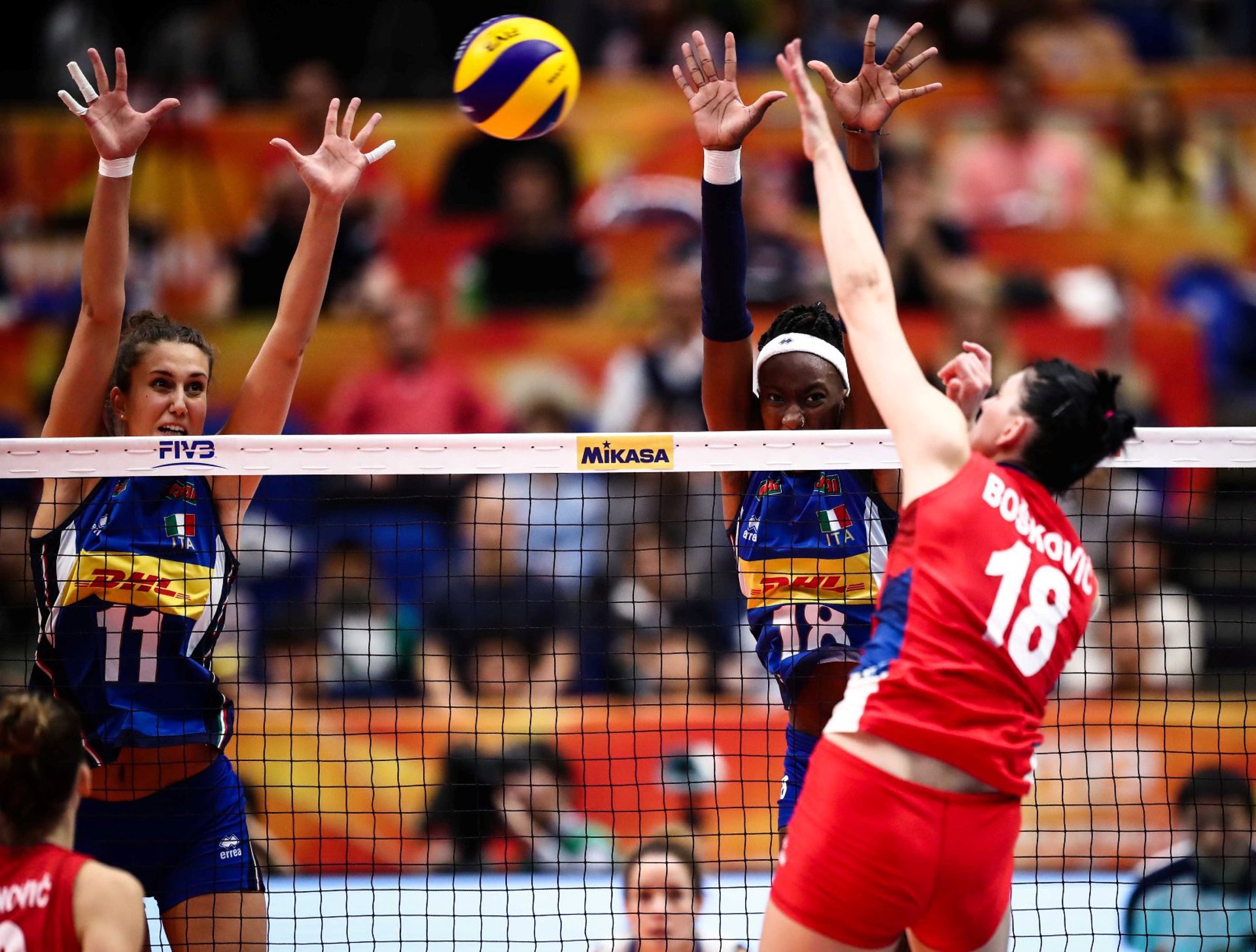 This will be the second time the teams of Serbia and Italy lock horns in a European Championship final. When they met in Luxembourg for the EuroVolley 2007 gold, the Italians took a straight-set victory to celebrate their historic first continental title. However, it is the Serbs that lead the overall head-to-head in the European Championships by four wins against three, most recently defeating the Italians in a 2019 semifinal.

Serbia (also as Yugoslavia) have previously won three gold, one silver and two bronze EuroVolley medals and are now looking to claim their third back-to-back title, after their triumph in 2017 and 2019. Italy’s showcase in the European Championships includes two gold, two silver and three bronze medals. Now they hope to be crowned again for the first time since 2009.

Earlier this year, Serbia beat Italy twice - in the FIVB Volleyball Nations League and in the quarterfinals of the Tokyo 2020 Olympic Games. The EuroVolley 2021 final will also offer a remake of the remarkable gold medal match of the last FIVB World Championship in 2018, when Serbia snatched the title after a five-set drama, in which young opposites Tijana Boskovic and Paola Egonu engaged in a scoring race, finishing on 26 and 33 points, respectively.

Three years later, they are still the leading point-makers of their teams, with Boskovic currently topping the EuroVolley 2021 ranking on a total of 195 points and Egonu placed third on 164. The Italian star is also one of the best servers of the tournament. With her 18 aces, she is second only to Russia’s Arina Fedorovtseva (34).

Both teams are still undefeated in the tournament, with eight wins in eight matches each. Serbia topped Pool A, and then went through Hungary, France and Turkey in the knockout stages of the tournament, always playing at home in Belgrade. Before moving to the Serbian capital, Italy won Pool C in the Croatian city of Zadar. To reach the final, they also defeated Belgium, Russia and the Netherlands.

“I sincerely hope that the girls will play with their hearts, nothing else! I want them be in a good mood, to enjoy the match. No one is going to say anything bad about it, even if we lose…”

“The match against Serbia is one of those that an athlete has always dreamed of playing. We take it as the nth chance that these competitions give us to try to beat Serbia.”

Alessia Gennari
Outside hitter of Italy

Before the grand final, at 17:00, Turkey and the Netherlands will go face to face for the bronze. Turkey won four of the previous 10 EuroVolley encounters between the two teams, including the most recent one by 3-0 11 days ago in a Pool D match in Romania. They hope to add a fifth medal to their European Championship collection, which currently contains two silvers and two bronzes. The Netherlands have been on the EuroVolley podium six times, tallying one gold, four silvers and a bronze. 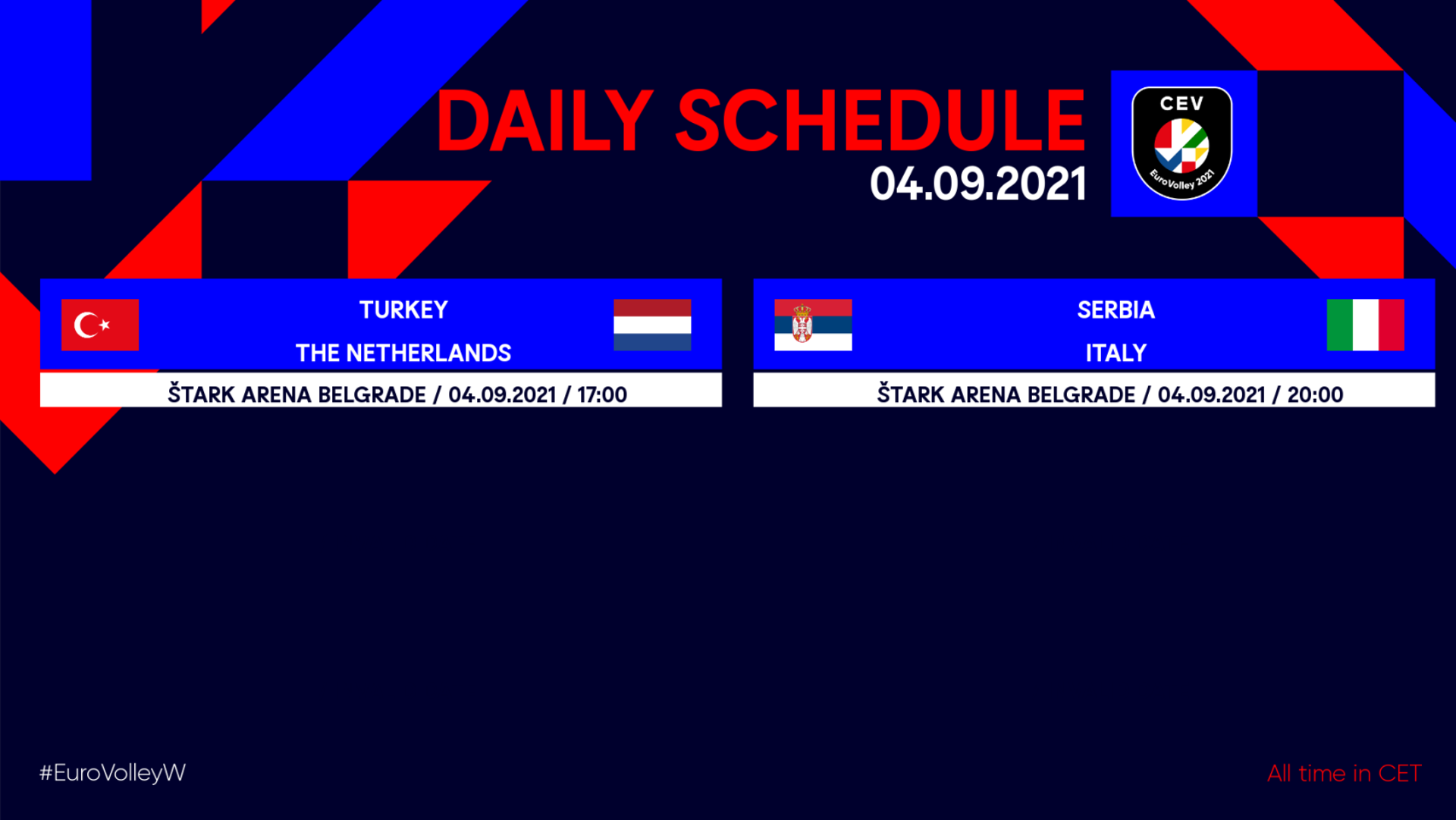