Hosting Pool A though until the Finals 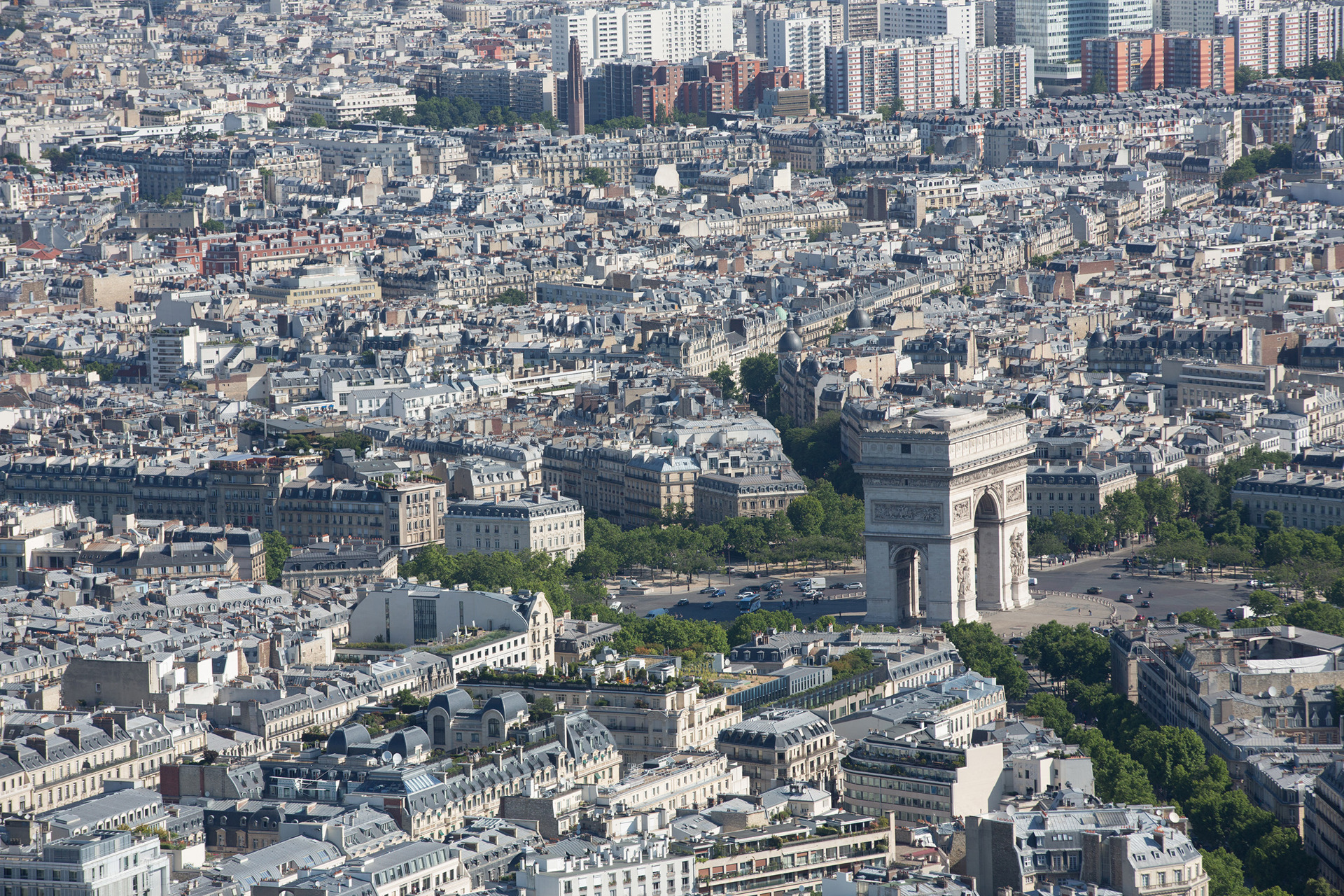 The Eiffel Tower is a 324-metre high iron tower. Built by Gustave Eiffel and his collaborators for the 1889 Paris Universal Exhibition, and initially named "300-meter tower", this monument has become the symbol of the French capital, and a major tourist site. Since its opening to the public, it has welcomed more than 300 million visitors.

The Eiffel Tower remained the highest monument in the world for forty years. The second level of the third floor, sometimes called the fourth floor, located at 279.11 metres, is the highest publicly accessible observation platform in the European Union and the second highest in Europe. The height of the tower has been increased several times by the installation of numerous antennas.

Classified for 30 years as a World Heritage Site, the “Château de Versailles” is one of the most beautiful examples of French art in the 17th century. The former hunting lodge of Louis XIII was transformed and enlarged by his son Louis XIV who installed his Court and Government there in 1682. Until the French Revolution, the kings succeeded each other, embellishing the Château in turn. Montpellier is located in the South of France, on a major communication axis linking Spain to the West and Italy to the East. The city enjoys a lot of sunshine and its proximity to the Mediterranean Sea.

“Place de la Comédie” is a must-seen location in Montpellier!

Also known as the Egg Square for its oval shape, it is one of the largest pedestrian areas in Europe, dominated by the opera Comedy. Meet the fountain of the Three Graces, emblematic goddesses of Montpellier, but also street artists and many people sitting at tables on the terraces of cafés and restaurants, enjoying the sun and the animation of the place. Admire the architecture of the 19th century buildings bordering the square. At night, the square takes on beautiful colours with the lighting.

“Place de la Comédie” is the ideal starting point for a visit to the historic center, for shopping lovers and historical monuments  !

The Ecusson is the name given to the historic center of Montpellier: this is due to the shape of the district built in the Middle Ages. Typical of a southern city, the center is made up of small streets leading to many shaded squares equipped with fountains and terraces of coffee shops or restaurants. Totally pedestrian, the walk is pleasant along the Medieval, Romanesque or Gothic facades. At night, the many restaurants are full and some bars offer a drink.

The “Promenade du Peyrou", also known as the "Place Royale du Peyrou", is an esplanade located to the west of the Écusson district. This ensemble, classified as a historic monument, represents a conjunction of five works : the promenade and its terraces allowing you to contemplate the Cévennes and the Pyrenees which were built in 1689, the "Porte du Peyrou" or the Arc de Triomphe with its bridge and access ramps, built in 1691, the equestrian statue of Louis XIV built in 1718, the Saint-Clément aqueduct and its reservoir built from 1753, the water tower whose project was retained in 1766, the children's statues and lion of Injalbert and the entrance gates in 1832. 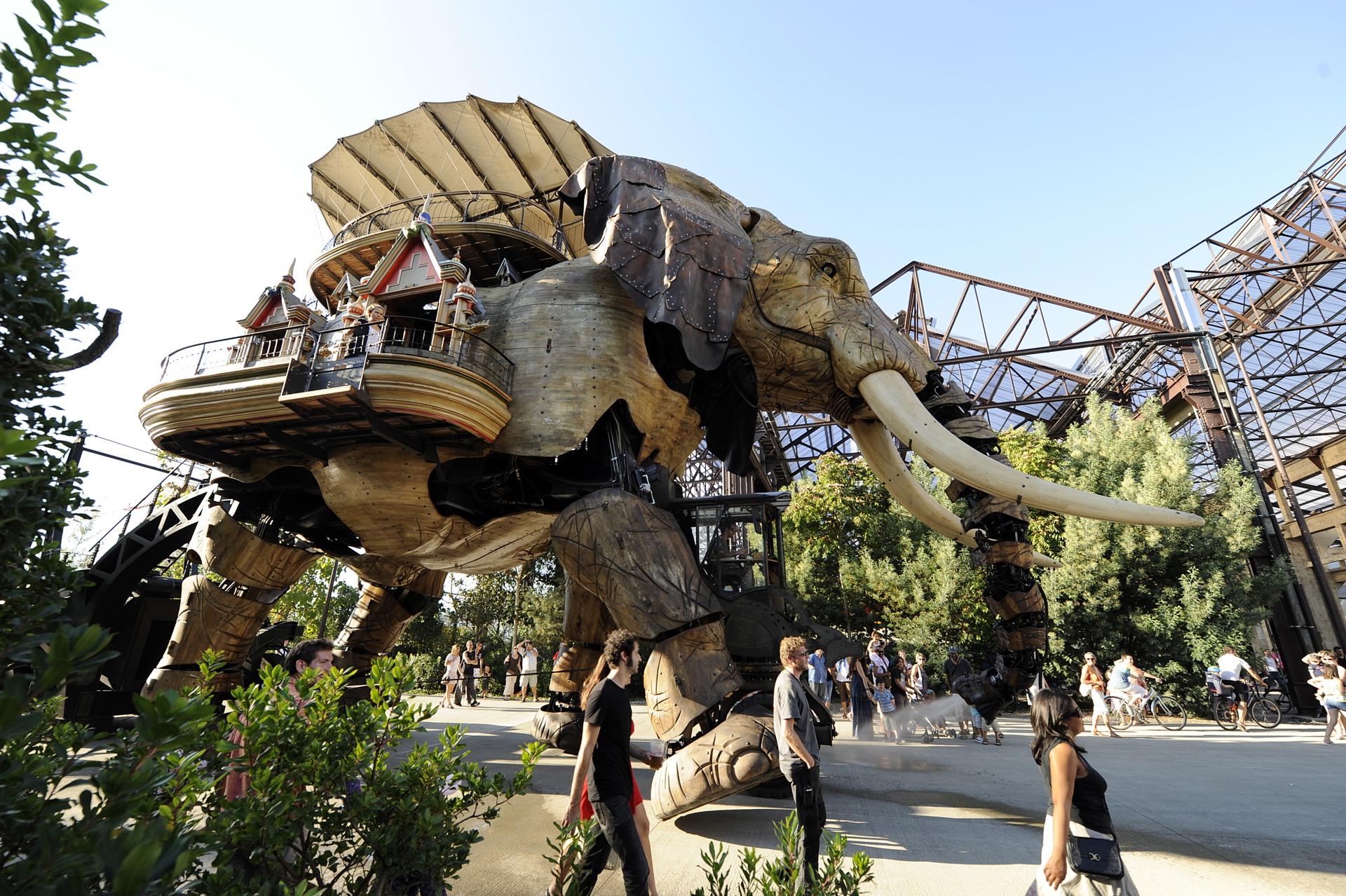 The “Château des Ducs de Bretagne” (English: Castle of the Dukes of Brittany) is a large castle located in the city of Nantes ; it served as the center of the historical province of Brittany. It is located on the right bank of the Loire, which formerly fed its ditches. It was the residence of the Dukes of Brittany between the 13th and 16th centuries, subsequently becoming the Britain residence of the French Monarchy.

The castle has been listed as a historical monument by the French Ministry of Culture since 1862. Today the castle houses Nantes History Museum.

Curiosity in Nantes, the site of the “Machines de l'Ile de Nantes” is a real live show to discover with the whole family.

At the site of the former Nantes shipyards, a unique animal and plant world is opening up to the public. Here, art and mechanics combine to create impressive wooden and steel structures. These fantastic creatures are at the crossroads of the unique worlds of Jules Verne and Leonardo da Vinci. And under the amazed eyes of visitors, these funny animals of all sizes come to life on the ground and in the air.

Saint-Pierre and Saint-Paul Cathedral is a Catholic cathedral located in Place Saint-Pierre, in Nantes. It is the cathedral of the diocese of Nantes, seat of the Bishop of Nantes. It was built over 457 years, from 1434 to 1891, but these delays do not alter the quality or coherence of its Gothic style. It has been classified as a historical monument since 1862.