What brings together a retired PE teacher, an 18-year-old student, two young women from the area, and two physiotherapists living all the way across the country? EuroVolley 2019! The Montpellier event, which closed out yesterday on an ultimate win by France, has had its fair share of dedicated volunteers, each one bringing their personal background, skills, and joie de vivre.

Out of the 186 men and women who freely gave their time for this competition – without counting all the other volunteers in Slovenia, Belgium, and the Netherlands –, Guy, Arnaud, Jessica, Lucie, Rémi, and Corentin accepted to take some time off in order to share their views over the whole experience. 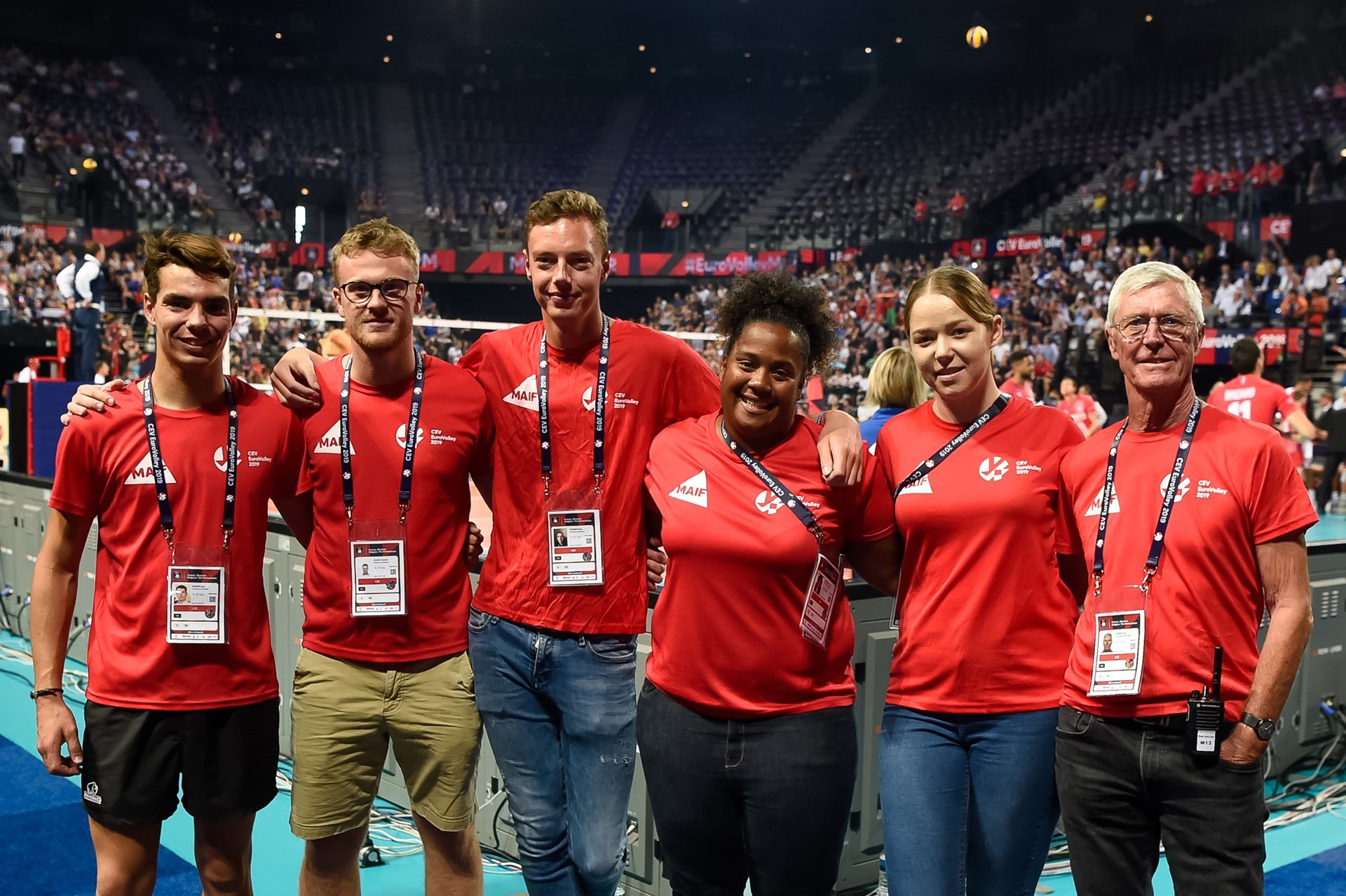 Even if some admit that it might look good on a résumé – at least if you are not retired, as Guy points out –, many rather emphasise the wish to carry out a project as a group, make sure the event goes smoothly, and meet new people. The example of Guy reminds how human this type of process is. Indeed, having organised seven national high school championships, he says “I’ve always needed a lot of volunteers for these events. Now is the moment to give some of my time as I have more.”

Whereas Rémi definitely loves volleyball and uses his knowledge to explain things further to newcomers in the tribunes, most of the others barely know the sport. Lucie even calls herself ”just a volunteering enthusiast”. On the other hand, Corentin admits that setting a foot in the world of sports might give him an edge to fulfil his dream: becoming a physiotherapist at the Olympics!

As a neophyte, he probably best describes what he has found in volleyball that could help and entice sports fans. “I’ve felt that tension builds up over the course of each set to reach its climax around the 20s. It’s not like football where you always need to be on alert for a potential goal, it’s more about really grabbing the rising tension. All the spikes and blocks at the end of sets provide ten times as much thrill.”

And the thrill can also come from within the volunteer centre where blind tests, karaokes, and Just Dance sessions occur on a regular basis any time you have a break. “It really all looks like a big party between friends. When the fans first did their choreography in the stands – aces, monster blocks, super spikes, etc. –, it felt awkward at first, but then you just want to join them”, adds Lucie. 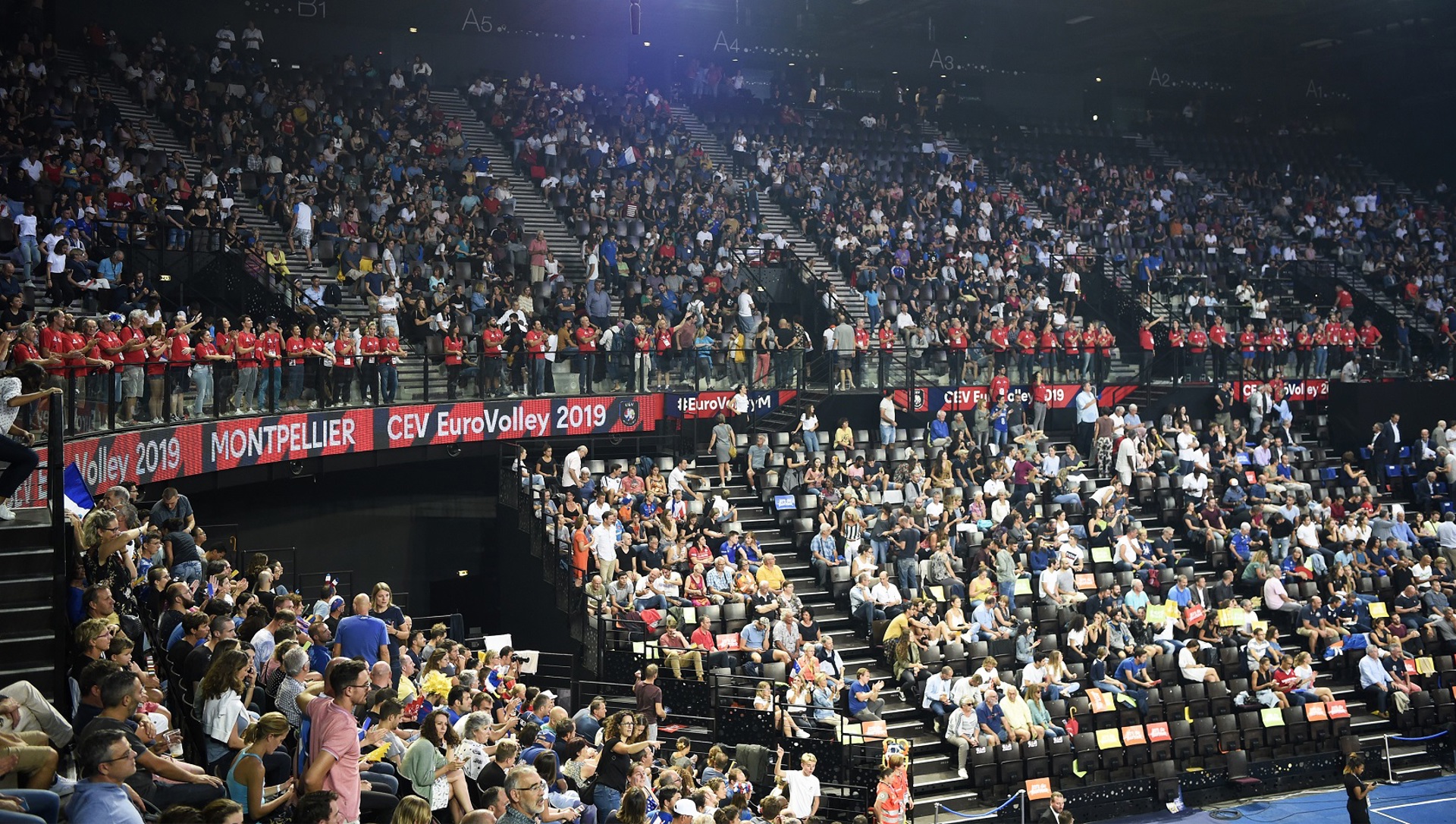 A big "Merci" to all of the Volunteers, as they surround the upper ring

As all of them probably reminisce their good memories over the competition, another set of dedicated people await in Nantes where the knockout phase will start on Saturday. “Everybody says tu – the informal French form of vous, meaning you – to one another; this shows how much of a huge family we are.” That is the word Jessica chose to retain from this experience, when Arnaud and Rémi simply opted for "fun" and "smile".