“France gave me almost everything in terms of volleyball”, remembers 29-year-old Skrimov. After making his début in Fréjus, France – “I will always keep Thierry Kovacs in my heart, he’s the one who coached me from the earliest age and greeted me in Fréjus, after I tried out in Nice, Cannes, and even Grasse.” –, the flying Bulgarian started his professional career in Paris Volley thanks to a friend, StevoDojcilovic, who introduced him to the club.

“I started the year in the second team, but I finished it with the pros. Mauricio Paes, one of the best coaches I’ve ever worked with, helped me develop and become a real professional player. In 2011, I was called to the Bulgarian national team for the first time but did not make it to the main roster; this shows how much level and competition there was. Then, I played all the games at the 2012 London Olympics and we almost claimed the bronze medal. Italy were better than us that day, but we were close.”

He missed the 2015 European championship due to injury but participated in all other international competitions with Bulgaria from 2011, making EuroVolley 2019 his fourth one. Looking back at all those championships, he clearly remembers those which were hosted in his home country. “Playing in front of your people is amazing, it pushes you further; I could play three matches in a row without being tired. Now, it’s more difficult! I therefore know how the French must feel; they are playing really well and certainly are a favourite for this competition.” Skrimov also points out the full cheering gyms in Poland. “I don’t know how they do it but we probably need to learn from them.”

If Sokolov undoubtedly is the star of team Bulgaria right now, as Skrimov says, the outside hitter remains one of the most experienced players in the squad. Becoming a father two years ago has also helped him grow, “I may be even more calm now.” Having played in France and in Italy, he will next year try the most physical European league, the Russian one, with VC Yenisey Krasnoyarsk. But he’s obviously focusing on EuroVolley right now. After their loss to France, Bulgaria will try to beat Italy in the last game of Pool A to try and go as far as possible. “Russia, Poland, France, Serbia, and Italy... There are so many good teams to overcome, but we’ll try our best to go to the quarter finals at least.” 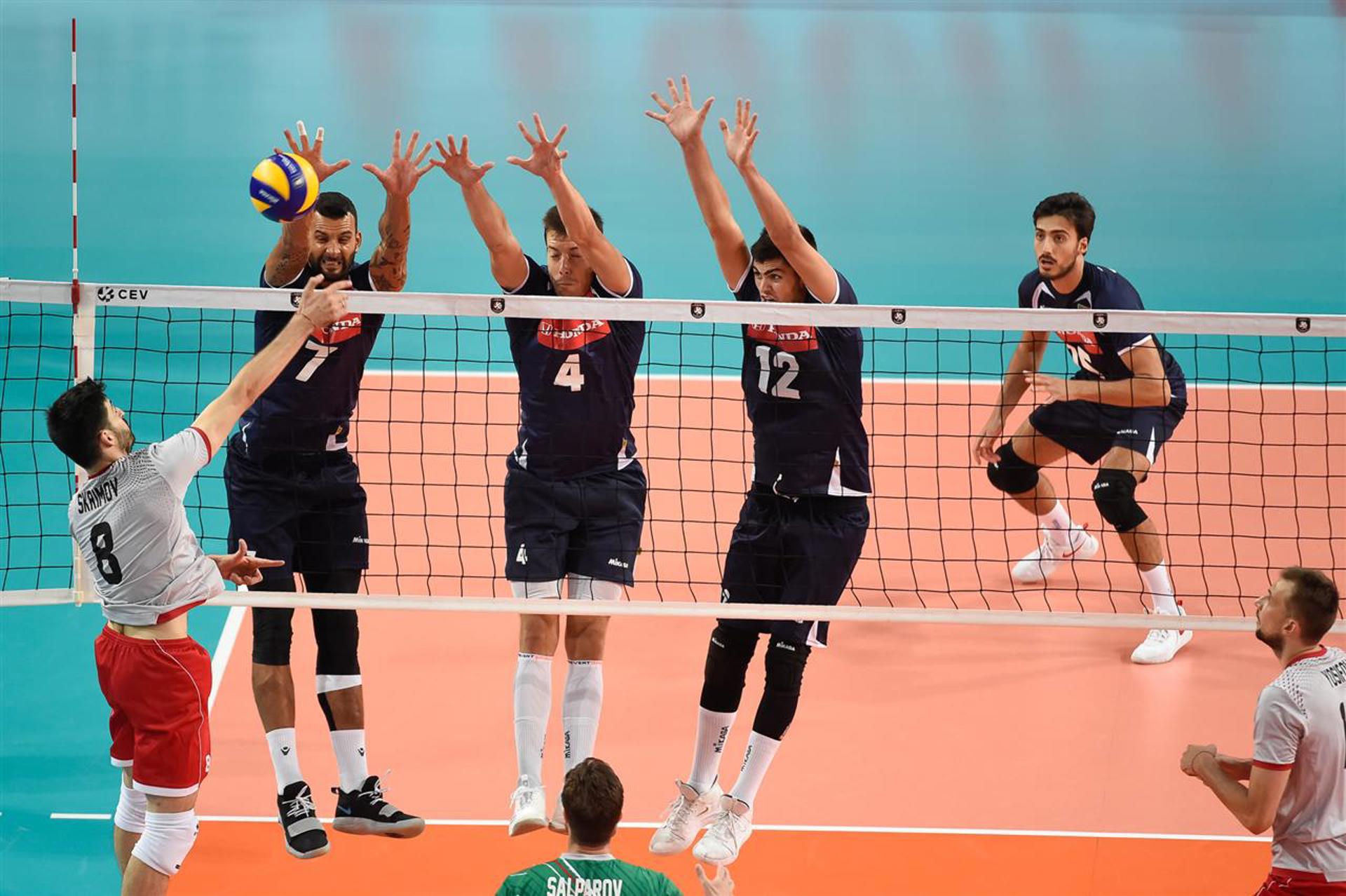