Young Sitting Volleyball players in the spotlight during EuroVolley in Ljubljana

Ljubljana, Slovenia, September 16, 2019. Sport is not just about wins and medals, it is also an important player in society in an effort to promote social inclusion. With this in mind, the Erasmus+ project SIT2PLAY was developed to help change the perception of disability through sports.

Six nations, eight organisations, around 10 thousand participants and 100 schools have taken part in the SIT2PLAY project to address the concepts of ‘disability’ and ‘diversity’ in sports in a new way, turning around certain established stereotypes.

National Volleyball Federations from Slovenia, Italy, Bulgaria, Finland, Estonia and Turkey together with ParaVolley Europe (PVE) and the Italian Paralympic Committee (CIP) have taken on the challenge of leading the project and organising Inclusive Sitting Volleyball tournaments in their respective countries. 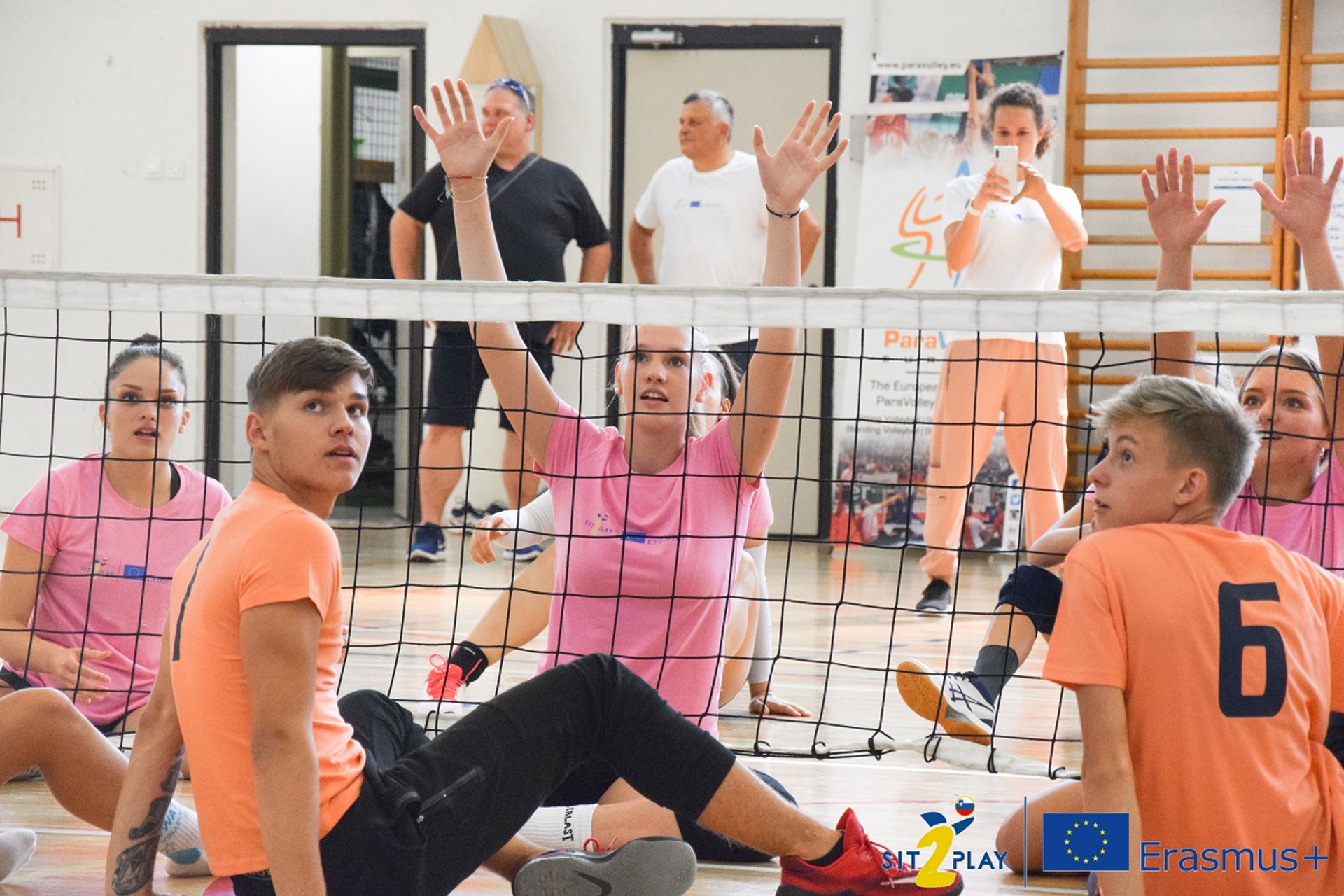 Slovenia’s national federation organised earlier this year the first and test tournament for young players between the ages of 14 and 18 in Braslovče, the country’s national centre for Sitting Volleyball, and the second one in Ljubljana during EuroVolley Men.

Young participants from nine Slovenian schools were thrilled with the opportunity to take part in the tournaments.

"I have played it for the first time. It is very interesting, different from actual Volleyball. I like it. It is a little bit different, but it is not hard once you get into it."

On the other side was Ela, who is a more experienced player and already participated in some international tournaments, including one in Vienna. “I have been playing Sitting Volleyball on a weekly basis for a few years now. It is a lot of fun and what I like the most is that everyone who wishes so can play the game.” she added.

What about the Sitting Volleyball rules? Žan, another one of the participants of the tournament, says everything is very easy.

"One can quickly get sucked into the match. The rules are simple and I think this is an advantage of Sitting Volleyball."

What is more, a very positive feedback came from the mentors in different schools too. Tomaž Urbančič from Šiška Grammar School could not find enough superlatives for the project. “Considering the players come from schools, I am enthusiastic and I immediately supported the idea when one of our former pupils invited us to participate in the Sitting Volleyball tournament. The rules are simplified and they even allow the second serve, which is usually the biggest problem for less skilled players. Therefore, I think they are very good and well developed. I fully support the programme.” 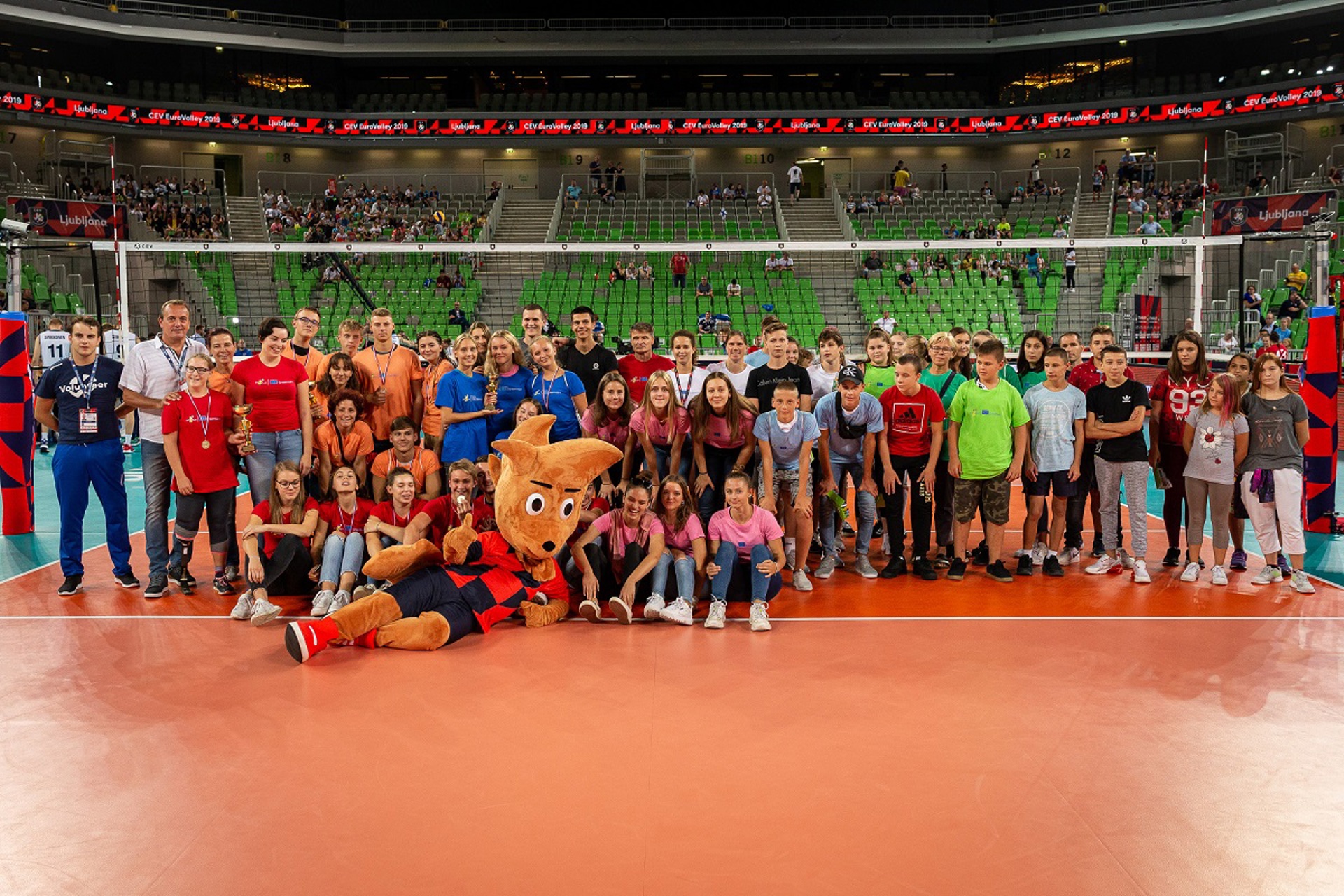 The medallists of today’s tournament in Ljubljana received their trophies and recognition during the first match of the day between Russia and Finland in front of many loud Finnish fans. The winner of the tournament was the team of Ravne na Koroškem Grammar School, Celje School Centre took the second place, while Šiška Grammar School finished third.

The winners of the tournament will have the opportunity to take part in the International Inclusive Sitting Volleyball Tournament, which will be taking place this coming November in Rome, Italy.

For further information on the project, visit https://www.sit2play.eu/