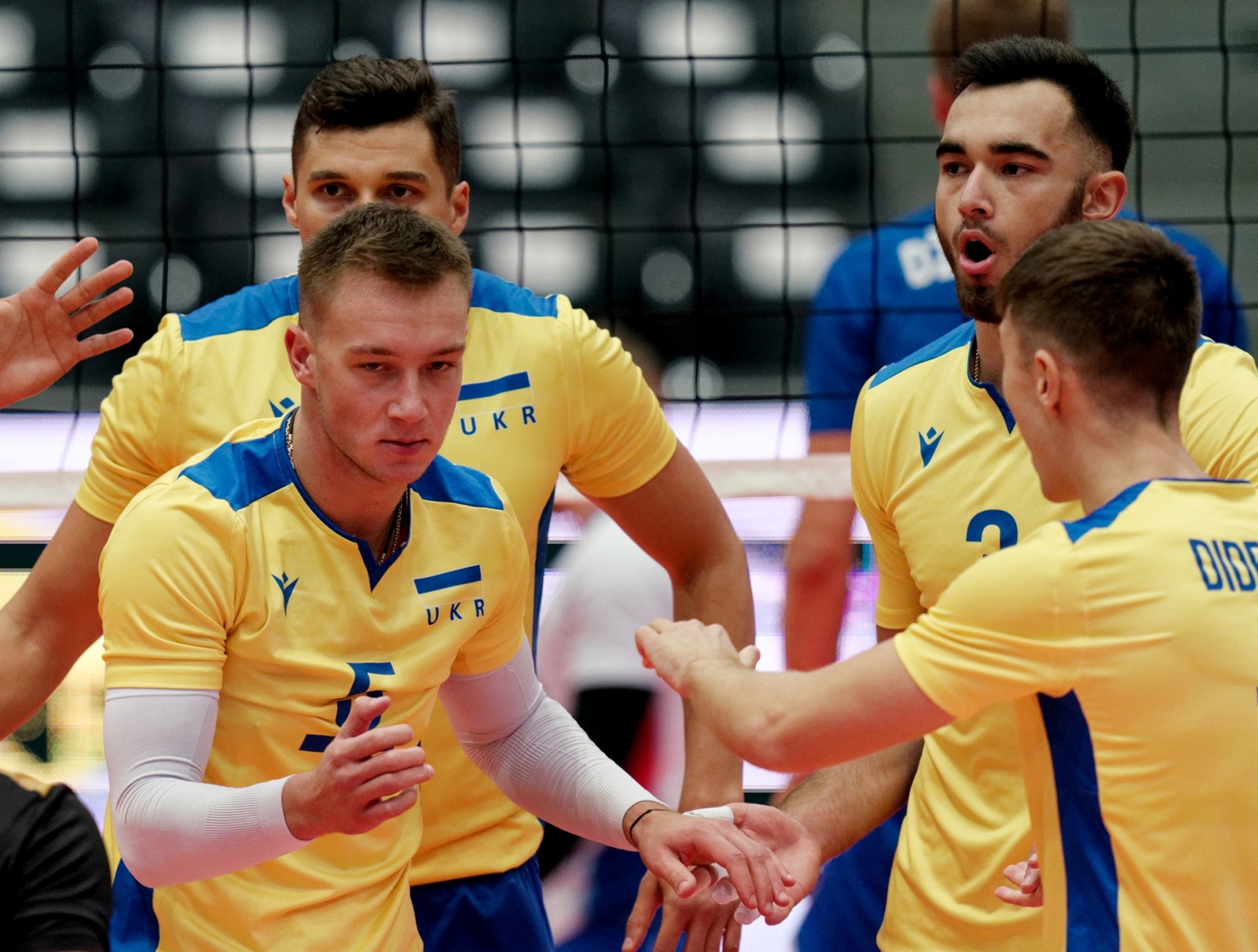 Three years ago, at the 2016 CEV U20 European Championship in Plovdiv, the team of Ukraine wrote a remarkable Cinderella story, which led them to silver. Two of the squad’s main heroes back then, Oleh Plotnytskyi and Dmyto Viietskyi, are among Ukraine’s leaders at the ongoing CEV EuroVolley 2019 Men, where, unexpectedly to most, they reached the quarterfinal stage. Before their upcoming clash with heavy favourites Serbia, the two young athletes take time to speak to cev.eu and analyze the reasons behind Ukraine’s success.

“We are a good team, with young guys and experienced guys, and even we, the younger ones, have experience from the U20 European Championship in 2016,” says 22-year-old outside spiker Plotnytskyi. “We have a good connection between each other. We are all good friends. We play like one team, with one idea, all of us together, like one person, including those who are not on the court at a given moment. When you hear some good words from the guys on the bench during time-out, you start to believe more and play better.” Ukraine together as one team

This is Ukraine’s first EuroVolley appearance since 2005, when they finished 12th, and first top-eight result since their seventh-place finish in 1997.

“I think we play well, because we had a good preparation for this championship,” adds 21-year-old opposite Viietskyi. “We’ve played for two years together as a team. It’s been many years since Ukraine reached this far. Now we have another chance to show what we have in Ukraine and we will play free of pressure.”

But there are deeper reasons for the recent rise of Ukrainian Volleyball and Plotnytskyi digs further down in his analysis to find them.

“Our federation did a really good job over the last two years. They always try to improve things for us, to make them more comfortable for the national teams,” he says. “It also comes from our coach. He is from Latvia. He teaches us the European style of Volleyball, involving more technique and more patience in waiting for the good moment to attack with power. He put together some programmes with some new exercises for us to make our practices more interesting. We also have two good physios. Everything around us is good. If you ask the players from three or four years ago, they didn’t have this. That’s why now we want to play for the national team and fight for Ukraine and for our national flag.” At Plovdiv 2016, Oleh’s performance and especially his exploits from the serving line that brought the team back to life in key moments of the championship (more details: here and here) made brought him a well-deserved MVP title. Sensationally, Ukraine took the silver and this success is probably what set off this improvement period in the country’s Volleyball.

“Three years ago, it was a fantastic moment in our careers. It was the time when things started moving in the upward direction. We gained confidence that we can do it, that we can play at a good level,” Plotnytskyi reminisces. “Later on, we started playing abroad – Dmytro in Serbia, I in Italy. Different coaches started working with us and our skills on the court improved.”

“But it was youth Volleyball back then. Now it’s different,” points out Viietskyi. “As young players, we played with a lot of emotions, but we played as one team and it was a good moment. Now we play more seriously, more with our heads…” 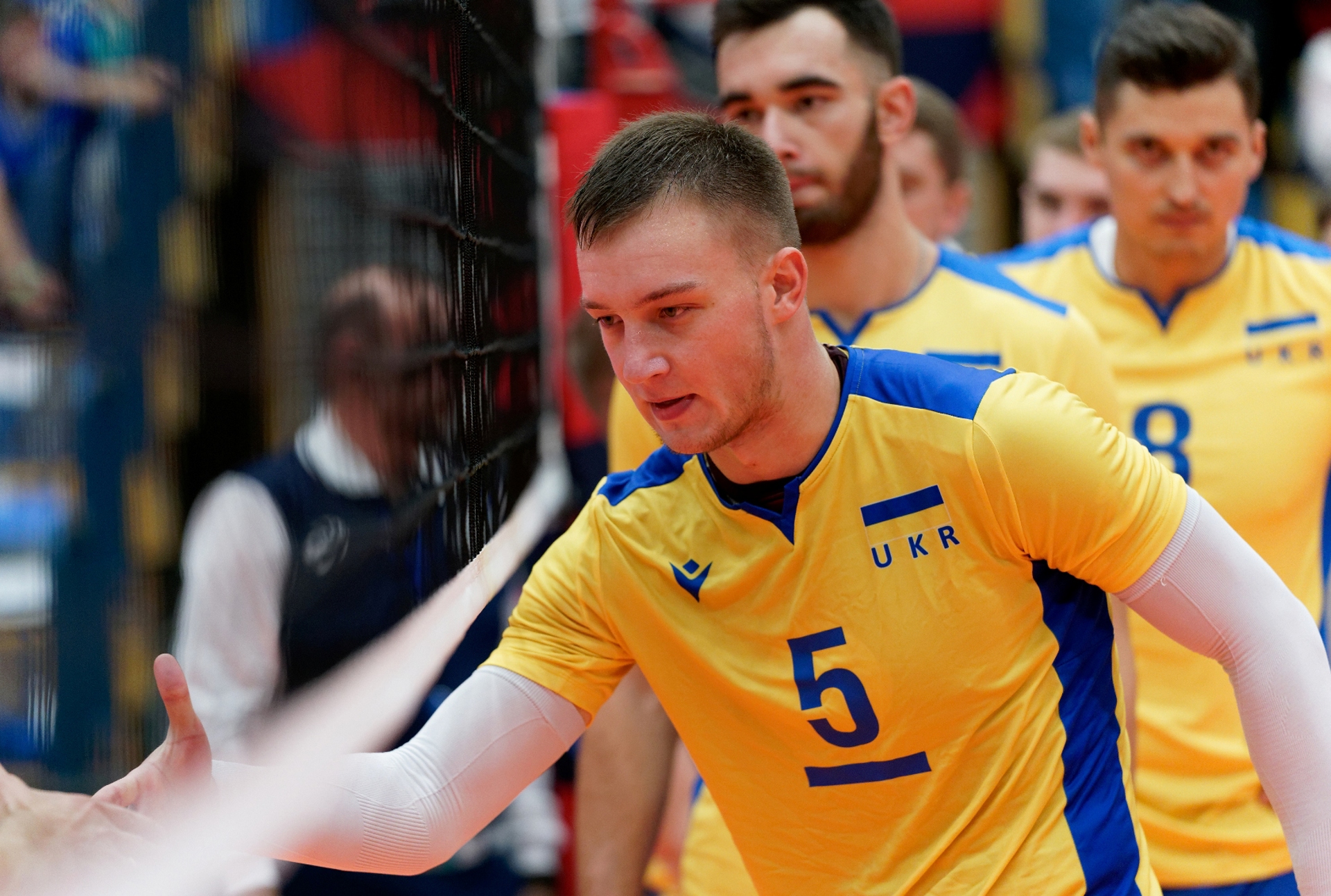 Despite the fact that he is one of the youngest players on the squad, Oleh Plotnytskyi does a tremendous job in his role as a team captain.

“The team chose me. OK, I want to be captain and when we cast our votes I voted for myself,” he admits. “The others voted for me as well. I think the reason they chose me is that they know I can give them a lot of emotional energy. Even if I am playing badly, I will stay on the court and speak with my teammates and encourage them to continue staying focused and so on…”

This was quite obvious to the spectators when Ukraine lost the third set of their eighthfinal with hosts Belgium in Antwerp. In that key moment of the match, the Ukrainan team huddled on their side of the court and as he was speaking to his teammates, Plotnytskyi even brushed off a referee’s whistle to switch sides quicker with a dramatic gesture. The team won the next two sets and, with that, the game. But what did Oleh say to the team at that moment?

“The usual, that if we play together, it is possible to win against anyone. It doesn’t matter if it’s Poland, Russia or anyone…” he reveals. “I told them we just have to forget this set and start again from 0-0. The coach told us the same thing, he gave us some tactical instructions and it worked.”

“It was difficult, but we came back. It was a good moment!” is Viietskyi’s short comment before he goes on to analyze the next challenge – the national team of the country, in whose league he plays at club level. “It’s not important if it is Serbia or any other team. All teams are good and, if we play our best Volleyball, who plays against us is not important.”

“We have this chance and nothing to lose. Serbia are top-four team for sure. For them, if they win, it will be normal. For us, if we win, it will be really fantastic. If you asked me before the championship, I would say that reaching the quarterfinals would be great and we would be so happy. But now I understand that we can really fight and I want more… Let’s see us in the final four! We want to go to Paris!” concludes Plotnytskyi.