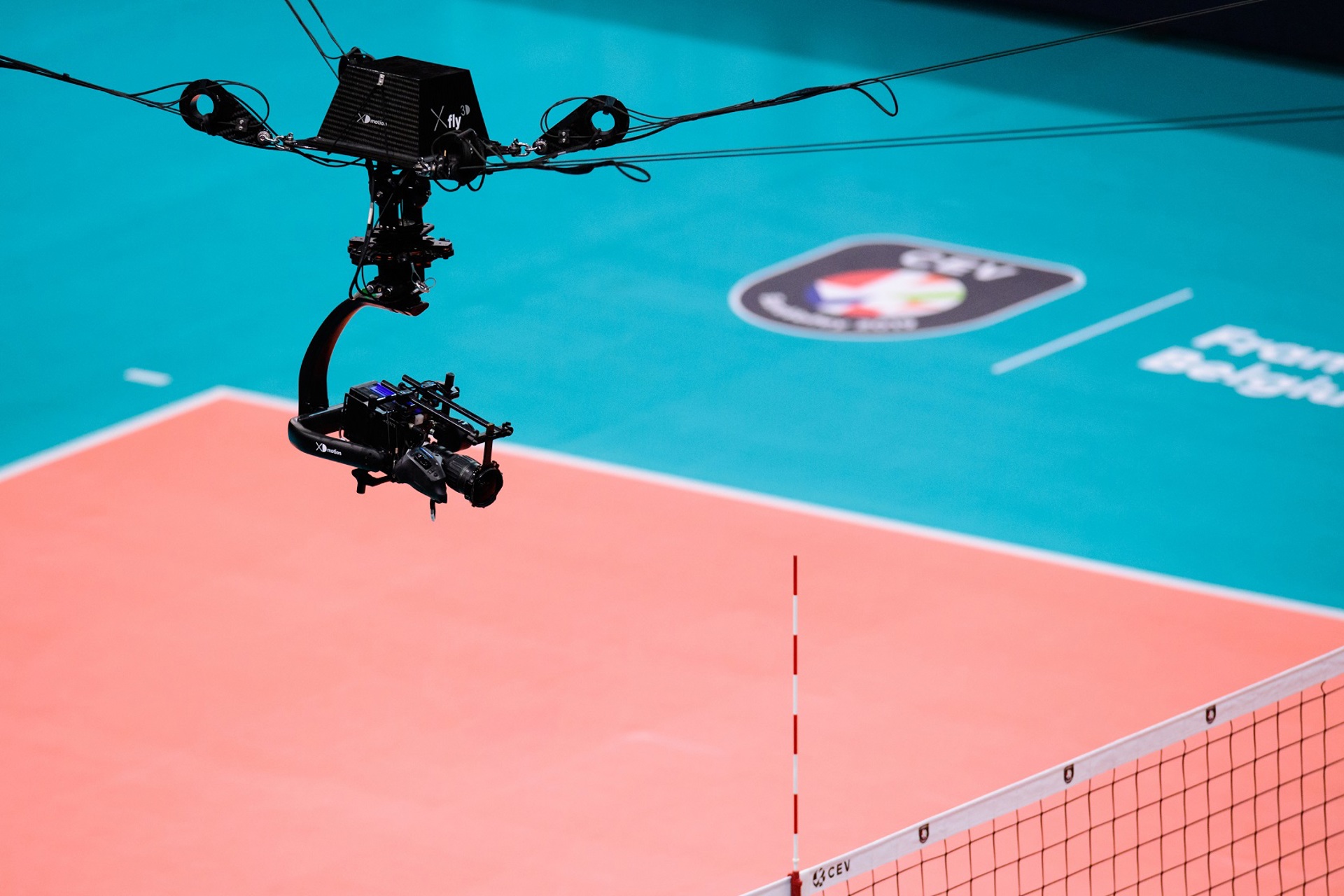 A cool gadget made what probably was its Volleyball debut during the EuroVolley 2019 semifinal match between Serbia and France on Friday evening in Paris. “I did a lot of research and I did not find any information that such technology has ever been used in Volleyball before,” said Benoit Dentan, the person in charge of the X fly 3D, which provided the millions of TV viewers some spectacular bird’s eye shots from the game at the AccorHotels Arena. On host broadcaster's La Chaine L'Equipe channel alone, the match attracted 1.7 million spectators, a historic record for the channel for live transmission of any sport!

The simple explanation of it, it is a “flying” camera supported by optical fibre ropes, which can move in all directions above the playing court and the spectator stands to provide some spectacular viewing angles.

It has been used in Basketball, Handball, Tennis and many other indoor sports at high-level competitions, including all Olympic Games since Athens 2004, but to the best of our knowledge, never in Volleyball. Until tonight that is...

Here is how it works:

• Four winches located in the four corners of the arena at around 25 metres from the roof.
• Double ropes (for safety), connecting each winch to the dolly camera in the middle (hence the ‘X’ in the name)
• The camera can go up to 70% of the height of the winches.
• The X fly 3D can reach a maximum speed of 60 km/h. The standard is 40 km/h.
• In Volleyball, the camera cannot go lower than 12 metres and has to be static during a rally.
• In other times, such as time-outs, the camera cannot go lower than four metres. 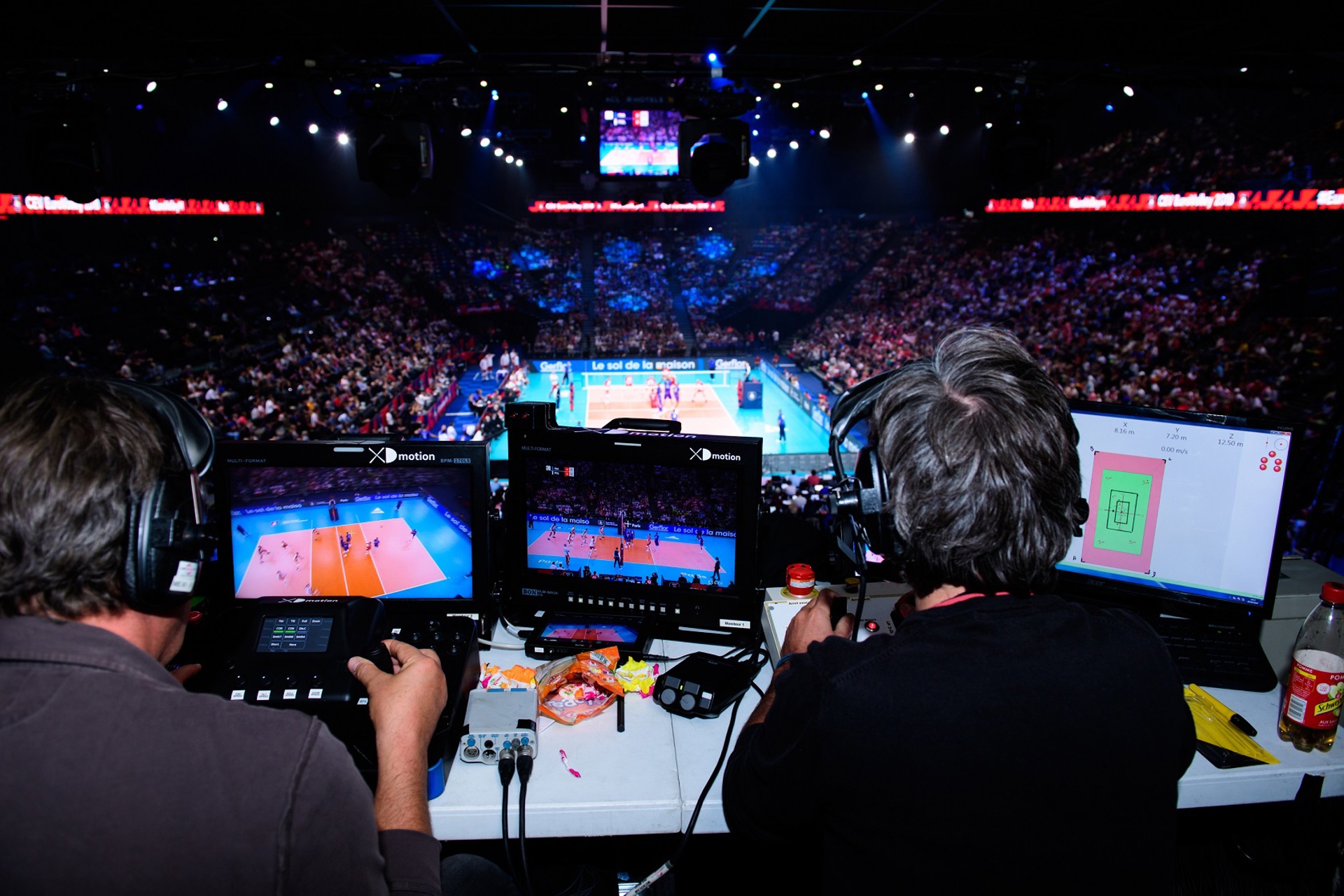 “The four winches are connected to a computer, which operates the flight with an (x, y, z) coordinate system,” further explained Dentan. “We have two operators. One controls the camera itself – things, such as zoom and focus. The other one controls the flight.”

“As long as we abide by the 12-metre regulation, if the ball hits the camera or the ropes, it is like hitting anything else in the arena, so it’s called 'out'. If the camera is below the 12 metres, then we have a big problem,” Dentan clarified the hypothetical situation. “The camera is very robust and there is no chance to destroy it by hitting it with the ball. The four-metre rule is simply a safety regulation in France. It applies not only for the court, but also for the spectator stands.”

“During the game, we make some nice shots of the serving and also some tactical shots from the top. We had some introduction shots with the teams getting out and the national anthems. These are wide shots, beauty shots with the audience. This sport creates a great ambience with the crowd and it looks fantastic. My role is just to show the show,” concluded Dentan.

The “flying” cablecam is one of 14 cameras used by host broadcaster L'Equipe to produce the TV signal from the games in Paris, which CEV’s media partner Infront distributes to the other broadcasters worldwide. The X fly 3D technology will be in action again during the bronze medal match on Saturday and the grand final on Sunday.