Looking back to the 2019 CEV Volleyball European Championship - Men, which took place in four different countries for the first time in history and came to an end last Sunday in Paris with Serbia celebrating their third continental crown, it was indeed a success story on all levels, raising Volleyball to unseen heights and turning into a true celebration of the sport. 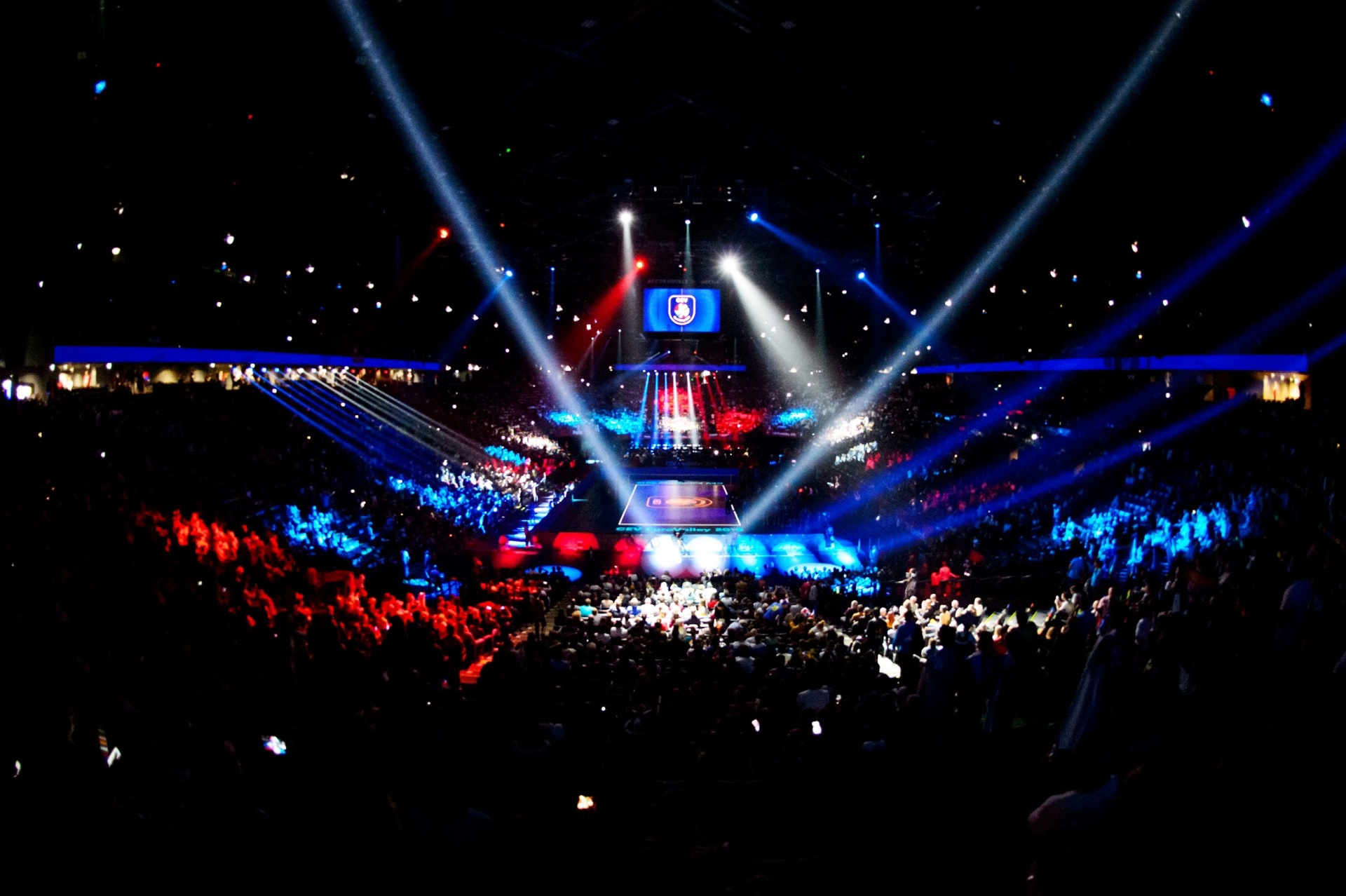 Spectacular by all means!

A total of over a quarter of a million spectators attended the Final Round matches that took place in Belgium, France, the Netherlands and Slovenia, or about 33 thousand more than at the previous record-breaking edition of EuroVolley in Poland two years ago. While the higher number of home teams certainly contributed to that impressive number, an increasing mobility of Volleyball fans with more of them travelling across borders to watch their favourite teams was also observed.

Among the most attended matches were the two semifinals, which took place in two different countries, France and Slovenia, with the participation of the two host teams. 11,425 fans on the stands in Ljubljana watched Slovenia outplay reigning world champions Poland for a spot in the final. A day later, the French squad enjoyed the support of a 12,574-strong crowd in their attempt to overcome future champs Serbia on the way to the gold medal match. Thousands of fans flocked to the venues where the team of Poland played their matches. While all teams had their travelling supporters cheering for them from the stands, those of Finland, Estonia and Slovenia (for the final match) also visibly stood out in numbers. In fact, Sunday’s final between Serbia and Slovenia at the AccorHotels Arena in Paris set the tournament high with a sell-out audience of 12,654 spectators, despite the fact that the home team did not participate. That may have a lot to do with the promotion efforts of the organisers. For example, more than 200 Paris Metro stations had an electronic EuroVolley advert running in the two weeks leading up to the finals. 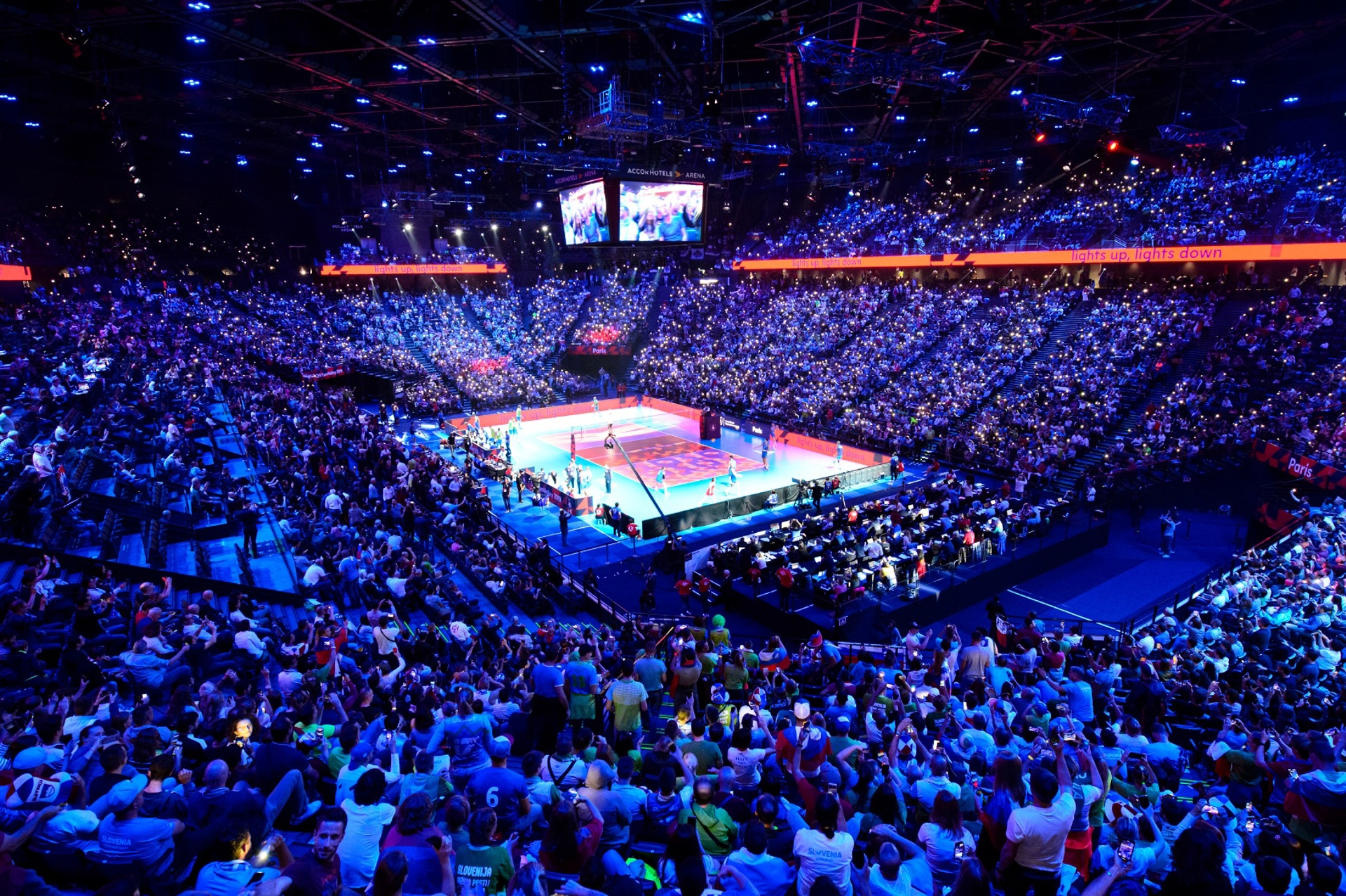 Packed AccorHotels Arena for the final of EuroVolley 2019

EuroVolley 2019 also enjoyed impressive TV coverage across the globe. For the semifinals and the final alone, it spanned to 153 countries, among which 107 TV markets showing the matches live or delayed. A “flying” cablecam made its Volleyball debut at the semifinal match between Serbia and France. The X fly 3D was one of 14 cameras used by host broadcaster L'Equipe to produce the TV signal from the last three games in Paris. On the La Chaine L'Equipe channel alone, the Serbia vs. France semi attracted 1.7 million TV spectators, a historic record of the channel for a live transmission of any sport!

More than 400 thousand unique users, in over 700 thousand sessions, enjoyed the coverage of EuroVolley via the official event website at eurovolley.cev.eu.

Media of all kinds were keen on reporting from the venues of EuroVolley. In addition to the eight TV commentators in the booths for the gold medal match alone, 34 written press, 35 photographers and five radio stations covered the game on site.

Of course, the organisers made sure this huge audience, on and off site, did not remain disappointed and delivered a complete top-quality product. In addition to Europe’s elite Volleyball players giving their best on the court during the matches, there was plenty going on around the matches to complement the games to a full-fledged spectacle, which emphasised the sport and its great moments and connected with the audience, both at the competition halls and in front of the screens.

For the final weekend in Paris, the fans enjoyed video mapping, connected with the LED boards and the cube screens above the court, pyrotechnics from the roof and the floor during team announcement and trophy presentation, a special players’ entrance between giant vertical LED boards, 50 kg of confetti dropped in the sublime moment of triumph with the cup, an original live performance of the official EuroVolley song, Let’s Go Together, by Eva Pavli feat. Miss Angel & Jeremy Lior during the closing ceremony, and a lot more... 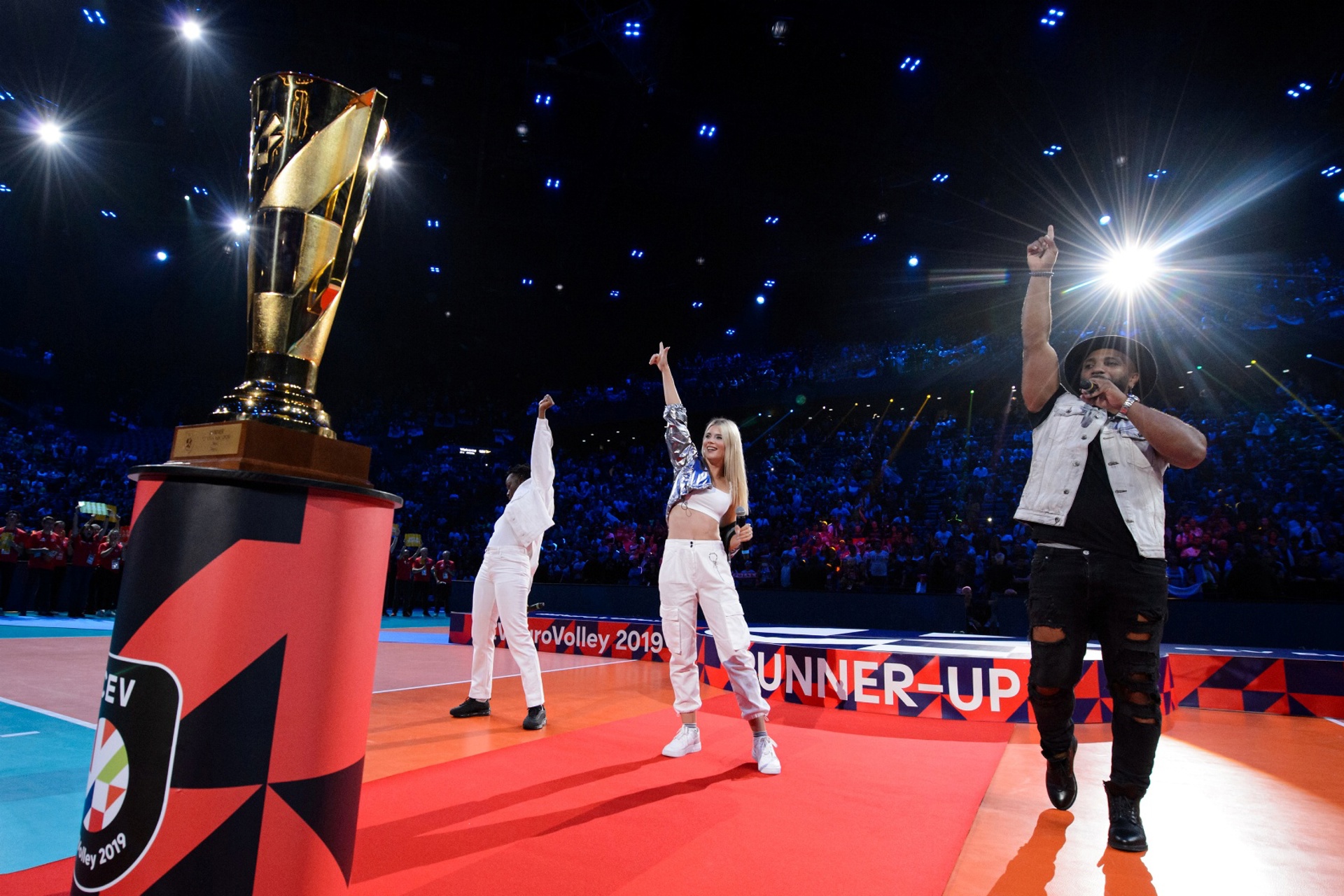