Belgrade, Serbia, October 2, 2019. Aleksandar Vučić, President of the Republic of Serbia, hosted a reception to honour the men’s national team, following their gold medal winning performance at the CEV EuroVolley 2019 that ended on Sunday in Paris.

Mr Zoran Gajić, President of the Volleyball Federation of Serbia, was among those to attend the event, together with Secretary General Ivan Knežević, First Vice-President Gyula Mester, Technical Director Dragutin Ćuk and other high-ranking officials from sports organisations, state departments and sponsors. 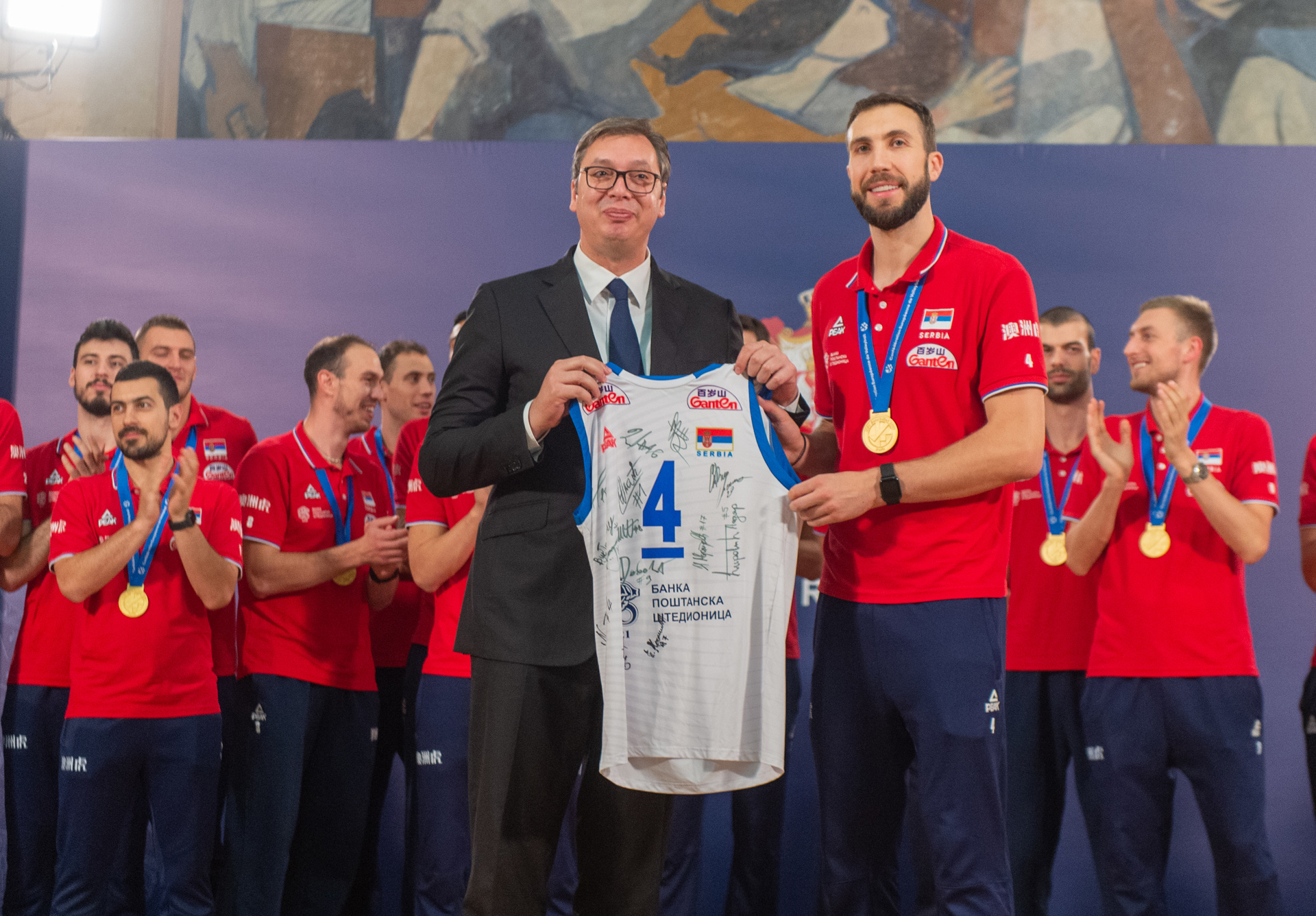 “The whole of Europe now knows that we are number one. What the state can do for you is to start building a Volleyball training complex as of next year. All the permissions are in order and we are only a step away from making it happen. I expect that in April 2020 we will start the works,” said Vučić, who added that over the next two days the state would reward the players with 20,000 euros each, as well as with national pension once they turn 40. The celebrations for the EuroVolley champions continued earlier this week when they enjoyed a standing ovation before the start of the UEFA Champions League match between Crvena Zvezda BEOGRAD and Olympiacos PIRAEUS held at Rajko Mitic stadium in Belgrade.